Not only is it being released earlier than expected, but a special edition with all three games is being made as well.

Persona 3: Dancing in Moonlight and Persona 5: Dancing in Starlight are coming to the West in early 2019

Both games will have dual audio and multiple language subtitle options.

Also, Morgana will get a special costume based on Sonic the Hedgehog.

Another pair get on the dance floor.

Tetracast - Episode 104: The Greatest Reward is a New Citizen

Ni no Kuni II: Revenant Kingdom gets the spotlight this week along with a wave of localized games from Spike Chunsoft coming soon!

The navigators get time to shine on the dance floor

And a couple character renders for the rest of the cast 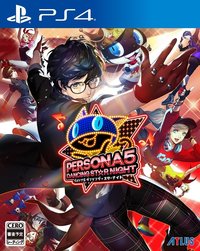