It's day three of four on our official 2010 RPG Site Awards, and today the awards rage on with our awards for Best Voice Cast Performance in a 2010 RPG, Best Download-Only RPG, best PC RPG and Best Xbox 360 RPG. You can catch Day One here and Day Two here - so let's get all this started!

Best Voice Cast Performance in a 2010 RPG: Mass Effect 2 (360/PS3/PC)
Bioware’s taken an interesting approach to much of the voice casting in Mass Effect 2. Like Fable III, they’ve grabbed named actors – people you’ll recognize – but they’ve also managed to match the actors up to their characters perfectly. Martin Sheen as the Illusive Man just feels right, and, yeah, if there was a movie, we’d want Joker to be played by Seth Green. Sometimes it’s even more extensive, with Yvonne Strahovski’s face scanned to become Miranda, the character she voices.

It’s not about all that, though – in the end, the star power is meaningless. Mass Effect 2 simply has the strongest performances of any RPG this year from its stellar cast. Mark Meer and Jennifer Hale put in brilliantly even-handed performances as the morally-changeable Shepard and returning cast members evolve in ways that feel right and proper, and just about every NPC says what they need to in an engaging performance. There’s over 25,000 lines of dialogue in this game – and almost all of them are delivered brilliantly.
[video="me2_stars.flv" game="140" notitle][/video]
Runners Up: Fable III, Final Fantasy XIII

Download-Only RPG of the Year 2010: Costume Quest (360/PS3)
Costume Quest was the game this year that had more style and charm than any other downloadable RPG this year, not to mention more than most retail games. This quirky little title didn’t bring much from its J-RPG roots, but when the game is only 3-4 hours long, that’s all you need to tickle your turn-based itch. What it does bring in heaps however, is wit, timing and ability to put a huge grin on your face at every turn.

Double Fine knocked it out of the park with the writing and art style of Costume Quest. Every inch of the game makes you feel like a little kid on Halloween, and you never grow tired of when your little cardboard box costume turns into a 20 foot mech. The gameplay may feel a little ‘my first RPG’, but the writing and atmosphere of Costume Quest is enough to leave any story-loving RPG fan begging for more – and that’s what makes it a finer game than any other downloadable RPG this year. 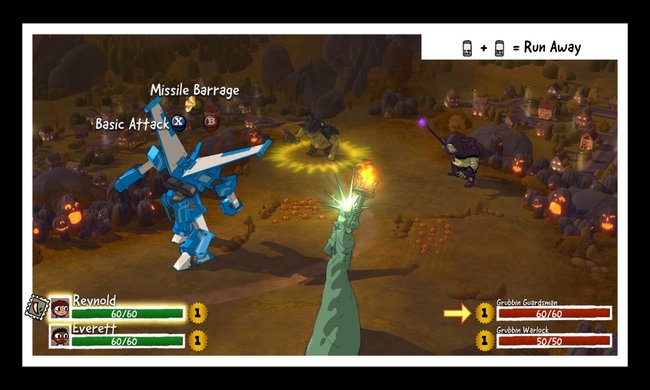 PC RPG of the Year 2010: World of Warcraft: Cataclysm
Blizzard made a decision when they started working World of Warcraft's latest expansion that would have been considered unthinkable and insane by most other MMO developers. They took a game world that fans have been familiar with for years – and destroyed it. Cataclysm was a reset button for World of Warcraft. It took a levelling experience which has long felt out-dated and cumbersome, and dragged it kicking and screaming into the current generation of MMOs. It made Azeroth fun again.

What makes this revamp so amazing is the fact that it's open to all players, and not just those who have purchased Cataclysm. Few developers would be capable of creating this much content for just an expansion pack, yet here we have a revitalised reimagining of the old world, free to all existing subscribers, that eclipses the full content available in most other MMOs. That is MMORPG innovation right there.

Xbox 360 RPG of the Year 2010: Mass Effect 2
Mass Effect 2 is an impressive and ambitious sequel and improves on everything that the original offered in just about every way. Some may feel it thinned the RPG elements a little too far, but in the end Mass Effect 2 plays to its strengths by focusing on an action-packed story that simultaneously manages to tell the story of a Galaxy wide threat and the more personal stories of a collection of deeply flawed individuals at once.

While the more action shooter style gameplay may worry some RPG fans, with how tight it feels and how much it helps out those RPG fans not familiar with shooters it’s difficult to complain. We’d be lying if we said we weren’t a little bit worried that Bioware is gradually straying further from their RPG roots, but Mass Effect 2 is a more than convincing argument that Bioware know what they’re doing and know how to make a damn fine game. 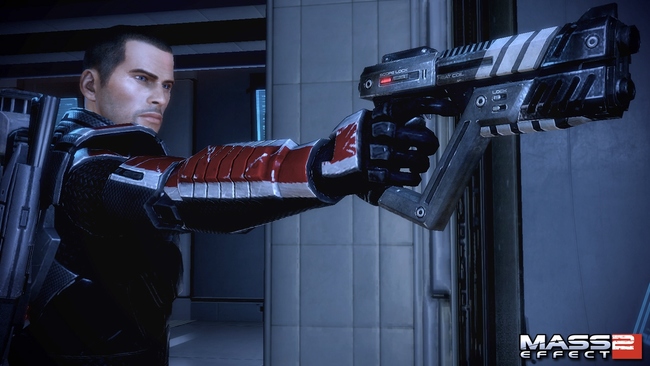 And that's your lot for today! We're almost there! It's almost over... we just have two more rewards to reveal tomorrow. Tune back in tomorrow to hear our Most Disappointing RPG of 2010 and our overall RPG of the Year 2010!