Games that are developed by small teams are almost always inherently impressive in some sense or another. RPG Tycoon is one such release - a passion project for a lone developer, and while others have assisted with other aspects of the game, such as the music, this indie release is mostly the result of one person's passion - it's hard not to admire.

The game is an interesting concept, merging the basic tropes and ideas behind the likes of Theme Park/Hospital and Rollercoaster Tycoon but wrapping them in an RPG-themed package. Thus instead of building a theme park you're instead managing a typical RPG kingdom. Instead of building popcorn or ice cream stalls you're placing taverns, weapon stores and so on. Instead of building rollercoasters, you're sending heroes off on quests, and instead of managing staff you manage your 'resident' heroes who live in your kingdom and help it to grow.

The ultimate goal of the game is to become the best Kingdom in the land, something judged by a score that the game adds up based on various aspects of your kingdom from how anesthetically pleasing it is to how many adventurers are attracted there, and a number of other things besides. As your score rises your kingdom levels up and more options unlock - it's simple.

Aside from the sim management, more typical RPG mechanics rear their head in the form of your kingdom's resident heroes. While regular adventurers will come, use your services and then leave, your resident heroes are under your direct control.

In order to grow your settlement you'll want to become more influential and attract more adventurers, and a major way of doing so is sending your heroes out on quests to assist nearby settlements or deal with local problems. 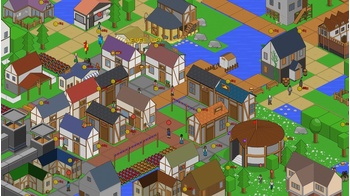 You never have direct control of these quests, but there's a roguelike quality to how they play out. You select what kind of mission you want to go on and then a progress bar simply fills, but on more complicated quests there'll be dice rolls and player choices to determine the outcome. Heroes feature all the typical RPG stats you'd expect and level up.

They'll also bring loot back with them from quests - this can be traded at a store, used to upgrade your kingdom or indeed equipped on heroes to improve their capabilities, depending on what it is.

Conceptually RPG Tycoon feels like a really strong idea; it takes what I think is an under-utilized genre, the management sim, and offers a neat twist on it by building in familiar RPG mechanics and tropes.

Given that it's a one-man project it's impressive, but in the same breath one has to note that the game currently has issues with bugs and even after three or four hours begins to show the strain of being just a touch too repetitive. The RPG side of the game could also use some more presentational flair.

RPG Tycoon spent a good while in Early Access, and after a bit of time I've come to the conclusion that it was likely rushed into its full release for one reason or another - it simply doesn't quite feel ready to be called 'ready'. It likely isn't, either, as the game appears to be getting fairly significant updates regularly even now, several months from its 'official' release.

Thus far I've found the game to be a fun distraction - it's simplistic, fun, cheap and cheerful, and feels like a slightly restrained take on the classic Tycoon games I loved in the 90s and 00s. That's a good thing. If you're into those kinds of games as I was, this is well worth a look even with its issues thanks to its low price tag. If that doesn't quite describe you, sit tight for now: RPG Tycoon isn't all 'there' yet, but there's a really great game in here waiting to emerge. Here's hoping that through subsequent updates its one-man development team can coax it out.

The Power of the RPG

RPG of the Year: Platform Breakdown

RPG Site's Most Anticipated RPGs of 2020 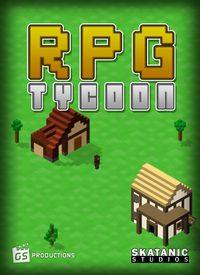