The wait is over at last. It's been the better part of a year since Dark Souls 3 launched, but now those who have exhausted its content have something new to die to: the Ashes of Ariandel DLC. If you want to know if it's worth a buy, we've got you covered - click on through to read our full review.

Already got it? Well... The Painted World Of Ariandel is a harsh and unforgiving landscape, but we at RPG Site are happy to help you out with getting settled in there. With our help you'll quickly be triumphantly charging through it like a zamboni on a sheet of ice. So stock up on frost resistance and put on your long johns, as it's time to enter a cold and lonely painted world... but it'll be a little less lonely with these tips.

Be warned that there's minor spoilers in the tail end of this page in terms of the location of a boss and gear we'd recommend.

How do I access the Dark Souls 3: Ashes of Ariandel DLC?

First thing's first - the Ashes of Ariandel DLC will be available on PC as of 6pm EDT/11pm BST on October 24 for PC, while console users will be able to find it on their digital store of choice as of 12am PDT/5am BST on October 25.

Once the DLC is installed on your platform of choice, you'll actually need to access the DLC itself.

To kick off events and get to the new area, you'll need to head to the Cleansing Church bonfire near the Cathedral Of The Deep. Once there, a new NPC will appear in the area right beside the bonfire. Talk to him and a cutscene will trigger that will bring you to the Painted World Of Ariandel. Easy.

What level should I be for Ashes of Ariandel?

Here's a key piece of information you need to know: this DLC has really been built with players that have exhausted everything there is in Dark Souls 3 already in mind. You'll want to have completed at least the base game if not all the optional areas you can visit throughout as well.

All of the content here is really considered as true post-game content, and as a result you'll want to be a nice high level to tackle it.

Our recommendation is that you be at least soul level 75 before you even think about attempting the DLC. 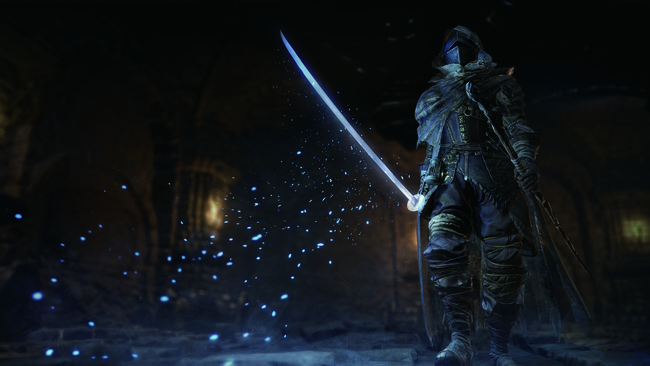 How do I find the optional boss in the Ashes of Ariandel DLC?

Dark Souls 3: Ashes of Ariandel features two all-new bosses. One of these is the main antagonist of the Ashes of Ariandel DLC and is very easy to find - you'll have to in the DLC's critical path, in fact. The other is not so easy - it's an entirely optional boss. Here's how to find him: 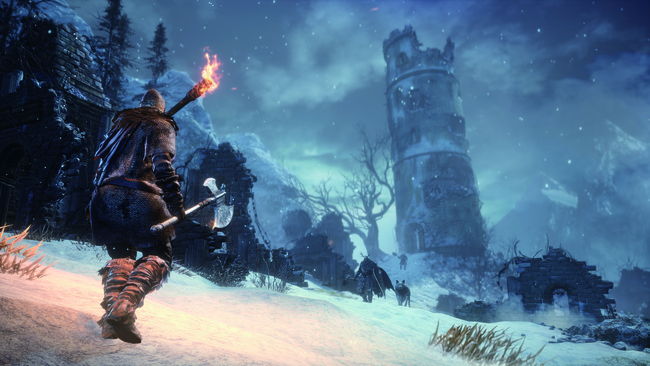 Recommended Equipment & Gear for the Ashes of Ariandel DLC

As ever with Dark Souls, a good part of most players' ability to survive will be their choice of gear. To some the main point about this DLC might seem obvious, but it's worth saying... you're heading to a hellish winter wonderland. Pack accordingly.

That means you'll want a lot of Frost Resistance gear to survive. I'd say that at least half of the enemies in Ashes of Ariandel use some form of frost magic that really packs a punch. This includes both of the new bosses!

Be sure to equip any armor or rings you can that give you increased frost resistance. In addition you'll want to stock up on items like Rime-Blue Moss Clumps, Divine Blessings or the Caressing Tears Miracle. All three of these items can remove the frostbite ailment - and it's an ailment you're going to get to know intimately. Having the right gear and items will do a great deal to mitigate much of the damage dished out in this DLC.

That should about do it as far as general advice and tips for the DLC goes. Ashes Of Ariandel is roughly a bit bigger than most of the arenas found in the base game, and could take you anywhere from 6-8 hours to complete the main objective. It's not quite as large as past Dark Souls expansions, but it is still well worth your time if you're a fan of these games. If you would like to see a more comprehensive look at the content in the DLC, be sure to take a look at our review here. If you need any more specific assistance with anything in the DLC, feel free to ask us in the comment section below!

Dark Souls 3 Ashes of Ariandel DLC gets a trailer, screenshots, and release date

Dark Souls 3: Ashes of Ariandel Guide: Where to find all new & key items