So when does Mass Effect: Andromeda take place?

Today is N7 Day, and that means a whole lot of Mass Effect. A new trailer? No problem. That's the big news, of course - a proper glimpse of Mass Effect: Andromeda's story with new protagonists, squad mates and a new villain.

Beyond that, though, Bioware has put out a fair amount of new information to help fill us in as to what the deal is with Mass Effect: Andromeda's universe. That also helps us to answer one of the most burning questions about the game in full, at last... 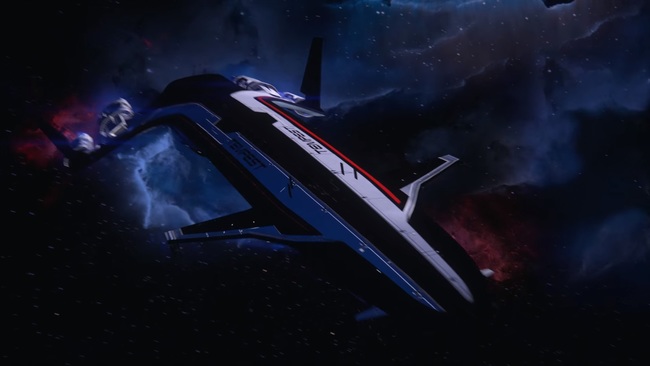 Well, sit down. This is where it gets a bit complicated.

Andromeda does indeed take place after Mass Effect 3 - some 600 years later, in fact - but it takes place so far removed from our galaxy that the impact of Mass Effect 3's heavily criticized ending won't impact it. Destroy, Synthesize, Control - it doesn't matter. The multi-colored ending FMV of Mass Effect 3 showed that the pulse sent out only traveled within our home Galaxy, and the Andromeda mission travels far, far away, taking 600 years to do so.

But that doesn't mean the people aboard the Andromeda Mission's ships will know all about the Reapers.

As per a timeline on the official Mass Effect Andromeda site, the Andromeda Initiative mission is set to launch in 2185.

The events of Mass Effect take place in 2183. Mass Effect 2 opens in the same year but is abruptly put on hold for two years while Commander Shepard is declared Killed in Action by the Systems Alliance. Shepard is awoken by Cerberus after they spend billions resurrecting him - that's in 2185, when the rest of ME2 takes place.

What this means is that the Andromeda mission launches long before the events of Mass Effect 3 begin - that game begins in 2186. Depending on when in 2185 the mission departs, those aboard the ship might be aware of Commander Shepard's exploits as the first human Spectre but might also might still believe him to be dead after the destruction of the Normandy SR1 in 2183.

Mass Effect Andromeda won't have a season pass, but it does have pre-order bonuses