I played Final Fantasy XV: A New Empire and spent money in it so you don't have to

When I first saw Final Fantasy XV: A New Empire in the Google Play Store, I immediately wrote it off as one of those weird scam apps. You know, the ones that clearly rip off Sonic or Mario or another popular series to get unsuspecting people to download it and then bombard them with premium purchases and banner ads until they uninstall the app. When I found out that A New Empire was a legitimate, Square Enix endorsed release, curiosity got the better of me.

Even based on the screenshots the game seemed entirely shoddy - but maybe, just maybe, there's something worthwhile in A New Empire. After all, this wasn't Square's first foray into the mobile realm, and I enjoyed my time with Record Keeper and Brave Exvius, for what it's worth.

But no, really, A New Empire is just that bad. And I played it just so you wouldn't have to. Before we even start let me tell you: you shouldn't. 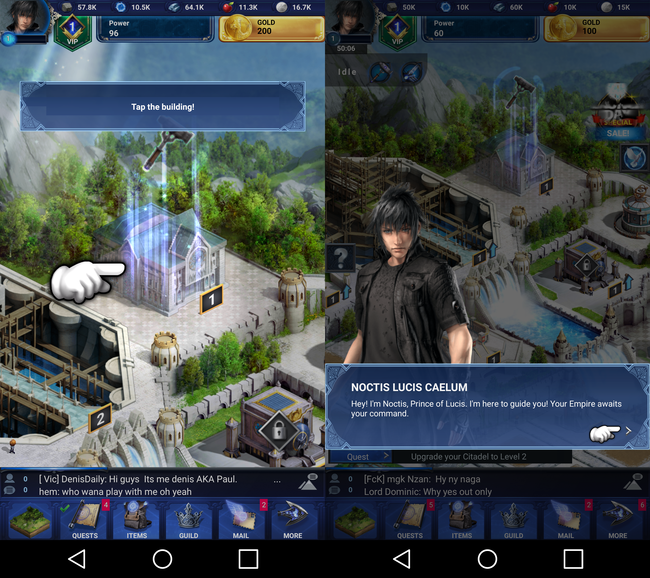 A New Empire reminds me a bit of the hit title Clash of Clans, but stripped of any of the strategy and base building that makes that game so satisfying in the first place. When the game boots up, you're greeted with a picture of Noctis and immediately start building some buildings via his command. Buildings take time, resources, and in-game funds to build, but for the beginning bit the game allows you to skip the time investment with free speed ups that make the buildings done immediately.

However, after building maybe two buildings, A New Empire alerts you that joining a Guild is more of less the only way to make progress in this mobile title. And is isn't wrong--without a Guild you can't partake in Guild quests, request help from members to build your buildings, and a bunch of other perks. While you could progress going solo, it's immediately obvious you would be at a severe disadvantage without a Guild backing your efforts.

But other than very brief explanations on (some) of the buildings you build and that Guilds are important, A New Empire just kind of throws you into the deep end of menus, sub-menus, and progress bars with little direction on where to go. There are recommended quests to do, but that sums up to "make your buildings better", as well as Hero Quest and Guild Quests, which are literally just progress bars you activate and get rewards for after the bar is done.

Actually, that sums up about 90% of A New Empire... progress bars. You don't really see your army or characters go on quests or do anything... you only really watch bars are armies march to resource points, buildings are built, and units are trained up. While every bit of progress has quests attached to them, there's really no satisfaction for doing anything... and with a Guild's help, you won't even have to wait long for anything to get done. 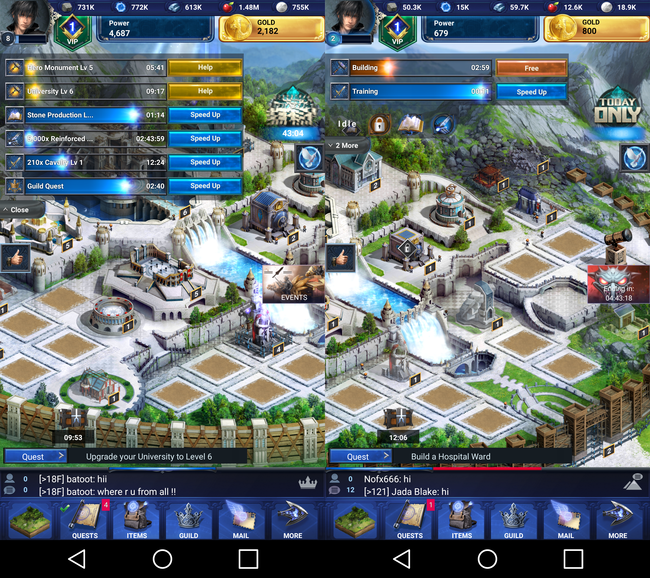 Once in a blue moon you can also use your chosen hero (right now it's only Noctis, but Luna and Gladiolus will be available later) to go and... hit some enemies. I still don't actually know how it triggered, but suddenly I'm fighting flans with Noctis and need Ether to keep doing so. It gave me a bunch of loot but A New Empire also informed me that I can only do it once a day... for free.

As expected of a low budget freemium game, A New Empire bombards you with paid bundles at every interval. Every time I logged in, reconnected from my phone going into sleep mode, or click on the wrong tiny button the app would want me to buy The Founder's Pack, a $5 bundle filled with a bunch of resources, Gold (premium currency) and other items. so, I bought it. I figured, hey, I might as well go all the way, right? Of course, immediately after plunking down the $5, A New Empire saw me for a whale and started offering a $20 bundle with the same annoying frequency so I saw no relief from the ads.

I must say, though, if the game was worth playing at all the $5 Founder's Pack would be worth the money. The pack gave me a game-breaking amount of resources, enough experience to shoot up Noctis from level 2 to level 8 (which takes forever to do), and enough Gold and speed up items that I was able to get to Citadel (the main hub of the empire) level 9 before some of my resources finally ran dry.

Compared to the empires around me being between Citadel levels 2-5, I was immensely overpowered and if every single empire wasn't currently protected by a shield, I would have easily trounced any competition that came my way.

Of course, balance that favors the whales so heavily is downright awful... the few that decide that they want to be the best at A New Empire will pay the toll, and free to play players will anguish as their empires are constantly stripped of goods and resources. Then again, there's not much else to expect from a game like this, at this point.

It's a shame, really... Square could have put a little bit of effort into this and made a competent, rewarding building simulation game. But instead, they gave the license to a developer known for making bad mobile games and called it a day. Even All the Bravest at least pretended to give you a game experience before shoving micro transactions down your throat, A New Empire doesn't even go that far.

Final Fantasy XV: Windows Edition will have a playable demo next week, new goodies for Steam and Origin pre-orders 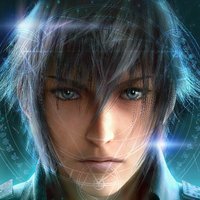