When it comes to creating a custom character in video games, mistakes certainly happen - and Monster Hunter World is no different. The first time you boot Monster Hunter World you'll be presented with a fairly in-depth character creator that gives you a lot of options for changing how your hunter looks - but you should be careful, since you'll still be looking at that character design a good forty-plus hours later, or possibly longer - our save is already at the eighty hour mark!

This means you need to choose carefully, but you're not entirely out of luck if you get bored of your appearance or later decide you've made a mistake. There are two ways to change your character appearance in Monster Hunter World, and on this page we're going to detail them. Broadly, they are as follows:

Once your hunter is ready to go, here's help with more of Monster Hunter World: 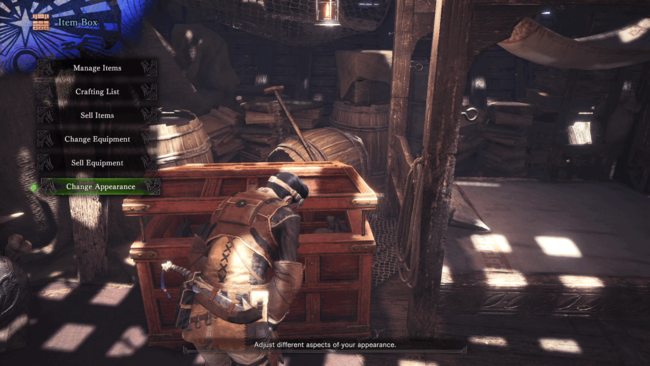 Okay, so - if you're unhappy with an aspect of your character's appearance, you can remedy it a little in-game. For that you're going to need a Hunter's Grooming Ticket, an item that'll be made available in the Spring of 2018. This comes in two variants: a free version and a paid version. The free version of the Hunter's Grooming Ticket is considered a trial version since the system wasn't available at launch, and it's a one-time use deal. After that first time, you'll have to pay up.

The free Hunter's Grooming Ticket will be available from March 16th. Here's what you need to know about it:

Changing your Character's Appearance in smaller ways for free

There are some options for changing your character appearance without paying, too. A big part of that is about equipping armor that has the look you want, of course, but you can actually groom your character a little to change their looks too.

All you need to do is head back to the hub in Astera and head to your Hunter's Quarters - your private room. You'll have been introduced to this very early on in the game's main story as part of the early tutorials, so if you've not been introduced to it yet keep playing for another half hour or so. Your room changes a bit as the game progresses, but once it's been unlocked you should always be aware of where it is.

Head into your room and once inside go straight to the item box. This will be familiar, as this is the same sort of chest you find at camp sites out in the field when you're hunting. In this menu you'll find the option to change appearance, and that'll let you edit a few aspects of your character.

You'll be able to change the following: 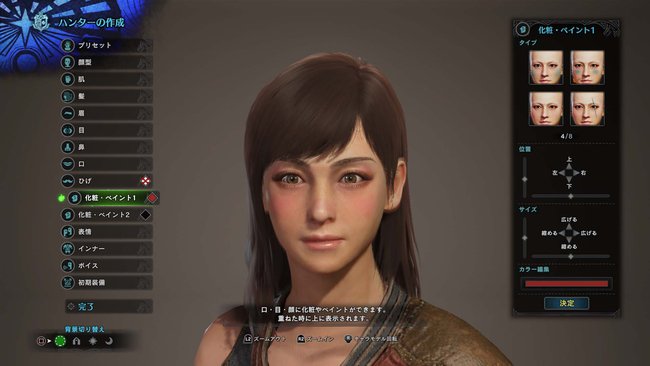 Nothing else is available, however. This is what I meant - you can't change things like the shape of your face or the size or style of your eyes, so be very careful - as the reminding screen above shows, the main character creation when you create a new file has a lot more options than that. Pick carefully, as everything from the shape and size of your character right down to gender is locked in forever once you pass that screen.

If you want to change things up, however, head to your room and change the more superficial aspects of your appearance there. Even a Monster Hunter needs a haircut, after all.

Monster Hunter World Hunter Rank Guide: how hunter rank works and what it means to you

Monster Hunter World Affinity Guide: what is affinity? How this stat works and how to raise it