Final Fantasy XV Missables Guide: all the content you can miss in FF15

In terms of missable content Final Fantasy XV is actually rather well-designed and has been since its original launch, and those designs remain firmly in place within the new FF15 Royal Edition and PC FF15 Windows Edition releases. FF15 is quite well-balanced, but there are a few things players can miss out on if they're not careful.

On this page, we detail them - just so you know what you're getting into and so you can do your best to avoid missing out on something important. Here's FF15's missable content: 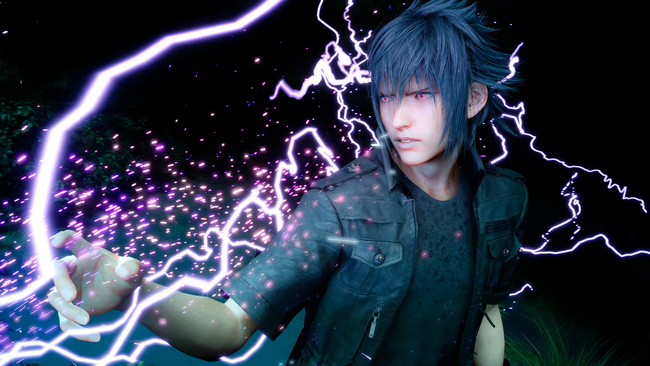 Final Fantasy XV Missables: all the missable content in FF15

Most of the content you can miss in a play through of FF15 is inconsequential, but just in case you're concerned, here's a full list of everything you can potentially miss out on...

As far as weapons and items go, the only thing to be aware of is that the upgradeable weapons such as Noctis' Engine Blade (denoted with a yellow mark next to the weapons in the menu) can be sold back to vendors and shopkeepers.

These weapons are rare - though some are rarer than others. There's only one Engine Blade, for instance, and selling it will prevent you from using it or completing the Engine Blade upgrade quests to get the Ultima Weapon short of starting New Game Plus.

Items, even rarer ones, can be found throughout the world freely, but be careful what you sell. Seemingly useless items such as the Rusted Bit will grow into vital upgrade items later on, so hold on to everything you can - if you desperately need money, undertake some hunts.

You can pick this quest up during Chapter 3 - look for a man to the west of Wiz Chocobo Post looking out at the Disc of Cauthess landmark. Get near him and interact with him and Ignis will suggest visiting the disc, initiating this mission.

Photo Op: Disc Quest
Once you get to chapter 3, you'll be asked by your friends to pay a visit to Disc of Cauthess. You should take them up on this request, as it becomes the quest "Photo Op: Disc".

This quest must be done now, before the Titan quest that takes you to the disc naturally. Once you undertake that quest and visit the disc as part of the major story beat, the Photo Op quest becomes impossible and disappears.

Items & Datalogs in Chapter 10-14
Be warned that items, datalogs and other bonuses found in Chapter 10-14 can all be missed permanently, as these linear chapters of the game feature locations you can't visit again. Anything prior to Insomnia in chapter 14 can be left behind and permanently missed, while all of Chapters 10, 11, 12 and 13 can be missed. Seach these chapters carefully.

On the Bestiary
It's actually impossible to complete the Bestiary list of monsters and wildlife in Eos on your first play-through - you'll need to use New Game Plus or Chapter Select to remake certain choices and see different enemies as a result.

Final Fantasy XV Guide: All outfits in the game and how to get them

Final Fantasy XV Royal Arms Locations Guide: where to find all the Royal Arms in side dungeons

Final Fantasy XV: When should you play DLC episodes? Our guide to avoiding spoilers

Final Fantasy XV Music Guide: Where to find all the classic FF music for your car