In Defense of Fetch Quests

When people think of sidequests, they often only think of the ones that offer an interesting narrative or character motivation. Whether it’s beating up a bunch of thugs to get a kid’s video game back in Yakuza 0, or taking down a mighty djinn in The Witcher 3, people will often point to these games as shining examples of what sidequests should be. Many RPGs’ side content gets held up to The Witcher 3’s high storytelling standards in particular, and often players come away disappointed that most games have more typical, fetch quest style sidequests in comparison. You know the type--kill 10 rats, collect 5 pieces of linen, play hide and seek with the kids around town. But, while these may not be the most memorable parts of the game, I can’t say that I hate these sorts of sidequests. In fact, I can enjoy them for what they are: Standard and mundane tasks to earn some extra items and experience.

Final Fantasy XV’s sidequests and hunts are the epitome of fetch quest gameplay. Almost every quest is some variation of “get the quest, search the circle, kill some monsters, maybe pick up an item, return to quest giver”. On top of that, there are a ton of them, with many quest givers immediately asking Noctis for another favor after completing the last task. The game itself even makes fun of how mundane these tasks are at times, with the party asking why they’re even helping these random blokes and their desperate need of frogs. 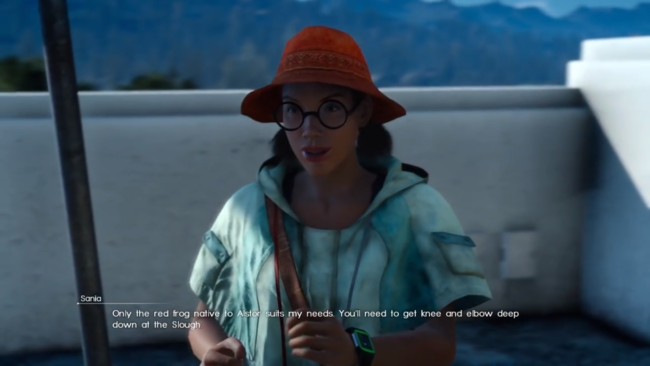 But despite how average and sometimes frustrating these quests could be (finding frogs is far harder than it should be), I found myself doing a large number of these in the early parts of the game. I even jumped back in after the game’s conclusion to work on more for trophy completion, an act I rarely ever do. These quests aren’t particularly engaging or in-depth; they’re largely just timewasters that give you a bit of experience to run around the map. I wasn’t all that interested in grinding, either, although the extra levels were helpful in compensating for my lack of skill involving the battle system.

However, the typical sidequest, and the ones in Final Fantasy XV in particular, offers just the right amount of engagement for me to really work through a lot of them without thinking about it too much. It was easy to take a bunch of quests at once, driving to the various locales (while managing my inventory en route), knock out a few objectives close to each other, and head on out to the next place.

Final Fantasy XV facilitates completing its mostly average sidequests well. You can take as many sidequests on at a time as you want, so you can load up before leaving an area and work on them at your leisure. Additionally, you can also take on up to 10 Hunts, and often the hunt areas will be close or overlap with quest areas, making completion even more efficient if you’re planning on going to a specific area. While you still have to return to the quest giver after completing all of the objectives, there’s no real urgency to get back to them right away; you can simply complete the quest next time you’re in the area, since you don’t have to clear anything out in order to take on new quests. 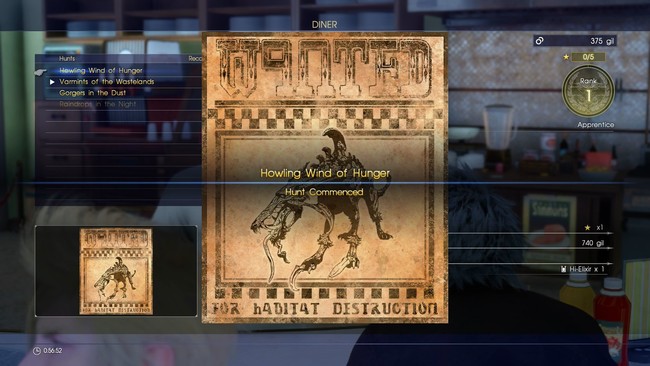 Most importantly about FFXV’s sidequests, and really about any game with non-narrative fetch quests, is that it’s really easy to just… stop doing them. When I finally had my fill of quests in Final Fantasy XV, I just changed my active quest to the main story and went about my way. I didn’t feel a need to clear out the 12 or so quests and four Hunts I had in my quest list first; since there wasn’t any lore or story attached to the quests, I could just get to them when I wanted to come back.

When I look at my quest list in The Witcher 3, I don’t view things the same way. While I don’t feel a strong urge to complete every quest for Witcher gear or every hunt that appears, the sidequests that involve NPC backstories, world-building, and so on feel like almost a requirement to finish before moving forward. Sure, I could just drop them and come back later, but what if I forget what’s going on this multi-quest storyline about Trish? What if hunting down this monster gets me some important backstory about the area? What if not talking to every person in an instance causes you to completely fail a quest outright?

The sidequests in The Witcher 3 are great. They offer interesting side plots and reward the player in spades, giving them experience, loot, and lore galore. But, they can also be overwhelming. Simply entering Novigrad for the first time, and seeing all the quest markers (let alone the myriad of other markers for players that want to explore) filled me with anxiety. It took me 40 hours to finally force myself to leave the area and move on to Skellige, where the process repeats itself over again. 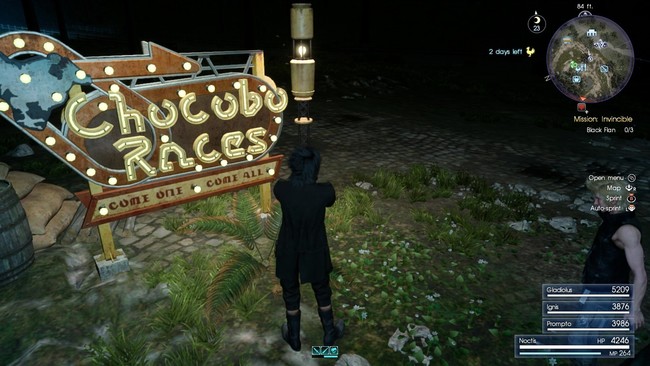 Can this be a good thing? Of course! Narrative sidequests that engage the player means that there’s a lot of quality game time here, and that also translates to a long, and engaging experience. But you don’t always need something that’s engaging. For me, sometimes I just want to turn my brain off and run around, beating things up and getting something for it. And, when I want to turn my brain back on, it’s easy to drop what I’m doing and move on with the plot, with some extra loot and experience in tow.

Not every game has to have lore-building sidequests. A game with simple fetch quests can make those sidequests easily ignorable, or a simple time waster when you don’t want to fully engage in a complicated plot, or just want to have a rewarding grinding session. There’s a place for both in the gaming world.

Final Fantasy XV Weapons Guide: best weapons of each class in the game and where to find them

Final Fantasy XV Guide: All outfits in the game and how to get them

Hear Final Fantasy XV in English for the first time