After making my way over 20 hours deep into Anthem and finishing the story, I don’t think I like it. The real bummer about BioWare’s foray into the loot-shooter-games-as-a-service genre is that there are sprinkles of a decent game underneath the large swathe of mundane design choices rooted in its foundation. I’ve been playing on the PC version and its “soft-launch” opening days have made a poor first impression. This isn’t RPG Site’s full review; I’m not the assigned reviewer, but I wanted to share a bit of my experiences and impressions so far. 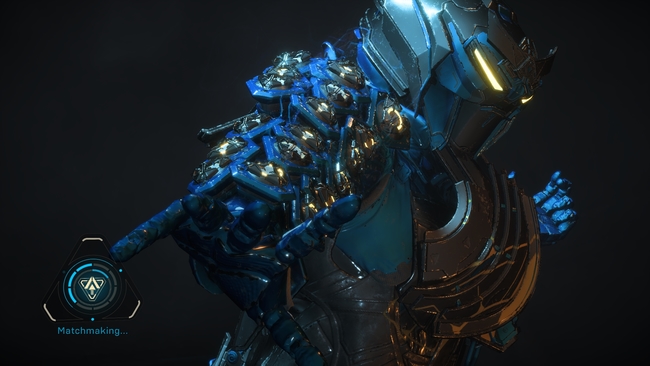 Anthem’s final version, thankfully, is a huge step-up from the awful alpha test I played two months ago. Flight controls on a keyboard and mouse are snappier all-around. Wading through underwater areas aren’t a borderline unplayable slog anymore. It also performs much better from the alpha days, but those optimizations were expected; I’d be more concerned if I was singing the opposite tune here. I’d come to find out a few hours in that my first mistake was installing this on a standard HDD.

You see, Anthem and loading screens are in love with each other. There are a lot of frequent loading screens in Anthem - launching a mission, possibly going into a separate map mid-mission, catching up to your party if you’ve fallen behind too much, returning to Fort Tarsis, booting up the Forge, and the list goes on.

Most of my time in Anthem has been alongside two other friends who’ve put it on their SSD. It didn’t take long for me to realize my foolish decision of wanting to save space on my 500GB Samsung 850 EVO SSD. 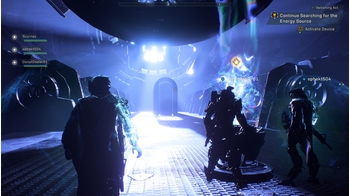 If you don't have Anthem installed on a SSD, you'll often find yourself loading into the middle of missions rather than at the start of them.
My load times were severely longer which was to be expected, but it was to the point that I would consistently miss the beginning of missions because they’ve already loaded in, cleared out the first set of objectives, and were nearly halfway done… as I was still staring at a loading bar. These problems compound further since by the time I got in, I’d be too far behind that the game would take me to another loading screen to warp me closer to them. By the time I got to play on those early missions, it was practically over halfway done.

With my frustrations getting bigger, my tipping point finally arrived when there was a Legendary-class enemy that was completely invisible to me. I noticed my friends randomly shooting at thin air and asked what in the world they were shooting at. They told me and I was befuddled until I saw it finally pop up on my end leaning over into its death animation. So loading screen conundrum aside, there were also issues with incomplete loading in-game itself. Splendid. I moved Anthem to my SSD shortly after.

Since then, there’ve been a handful of times we’ve seen our fourth party member not load into the mission until the very end. If you plan to play with random strangers and you have Anthem on a standard HDD, chances are you won’t get to play the entirety of missions all that often.

If you plan to play Anthem on PC, put it on a SSD. If you’re playing Anthem on a base PS4 or Xbox One, pray that their loading times are somewhat near the PS4 Pro and Xbox One X versions of it.

Even if you were to dismiss that entire spiel, Anthem is not a good game. Almost decent, but not good. Any glimpses of greatness is undermined by its entire structure. It has an identity crisis as it juggles between an action RPG and a tourist simulator. 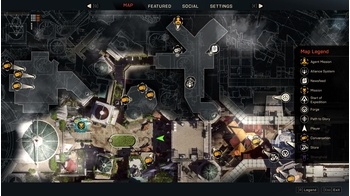 Load into Fort Tarsis and walk around as if I was at the bottom of a swimming pool. Put up the map to see if there’s any big yellow icons left indicating that there’s someone to talk to. Slowly mosey my way to them and hear how they’ve cut their nails, popped a pimple, and how they almost tripped the other day. Occasionally get a dialogue choice that amount to “Hmm” and “Sure” for the most part. Throughout this, I check, double check, and triple check the Fort Tarsis map just in case anyone had anything else to say right after talking to them - which does happen.

With my final town checks done, I pop up the Expedition screen and load into the Forge to see if I need to tweak my Storm Javelin with any new loot. The inventory management itself becomes irritating due to a hard cap of things you can store and no way to mass salvage a bunch of them for crafting parts at once. Now at last after all that, launch into a mission with my two buds and a random to get the experience bonuses for a full party.

Ah yes, now for some action. Time to undergo this mission where I fly with my mates to various locations in a string of either defending a point as you kill enemies, gathering things to put into an apparatus as you kill enemies, or just killing enemies. Story missions and later sidequests have the added bonus of puzzles at times where you can turn objects to match symbols for opening a door to proceed. It’s also nice enough to have a picture of the solution posted right by it too.

After having a bit of fun with Storm’s magic abilities and initiating combos with my friends, we wrap up the mission, feel good for a second about the loot we got, load back into Fort Tarsis, rinse and repeat.

Anthem has an identity crisis as it juggles between an action RPG and a tourist simulator.
Eventually you reach a point in the story where you’ll have no sidequests left and the only thing available is diving into Freeplay to open four tombs. In order to open these, you must meet a required amount of stuff - whether it be multi-kills, combos, melee kills, allies resurrected, treasure chests opened, and the list goes on. All of these things are unique to your character; progress is not shared throughout the party. That means each and every single character in that party has to harvest resource points and have their ultimates deal the kills for themselves.

If you’re not a fan of grindy fetch quests, prepare to either drop Anthem or muscle your way through it. You cannot progress the game at all if you do not do this. It is unbelievably tedious. On top of all this, keeping track of them is also a bit of a pain. The tracker for these activities is buried in the Challenges tab and there’s no way to keep the number you need left displayed on your HUD at all times. If you ever want to check, you have to go pull up that Challenges tab in your menu and navigate your way to that quest under the Freeplay section in which you’ll have to expand the entry for each of the tombs to list them. It’s mind boggling.

I can almost see why this was allowed to happen. Anthem’s Freeplay mode, aside from this instance, is under-utilized. It’s the same exact zone that almost every single mission of the game so far has been in - just with no objective. The only thing different is that random World Events may pop up once in awhile; it’s a lot like Destiny, except Destiny integrated it way better into its structure. In Anthem, it feels shoved aside and that gigantic fetch quest was its one cry for please check this out. 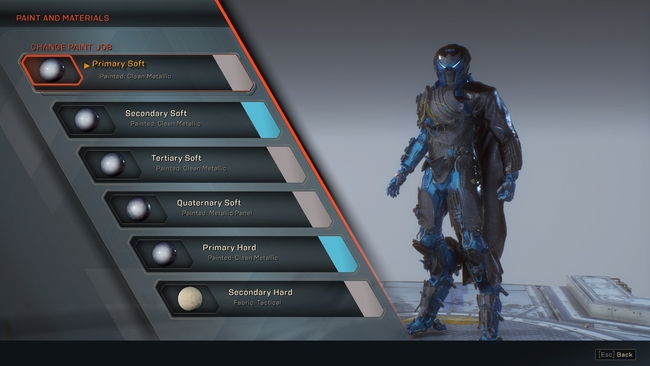 There’s a lot of other things to talk about with Anthem, but I’ll keep it at that. If there’s one thing Anthem has going in it for me, it’s the robust paint customization options for your Javelin. Picking different textures and fabrics while being to whip up your own custom colors gives me good Gundam Breaker vibes. Some of the collectibles around Fort Tarsis have bits of funny journal entries as well; there’s even a neat twist in the main story after a certain point, but the send-off leaves a lot to be desired.

It’s so close to being a good game to me, but BioWare’s decision to craft a tiresome gameplay loop while other loot shooters have found ways to advance the formula is not a great first look for Anthem.