Much like the Grimalkyne races in Monster Hunter World’s basegame, players can ultimately befriend the Boaboa of the Hoarfrost Reach. The way that you do it this time around is a little bit different, however, and it’s recommended that players already have decent Master Rank gear before attempting it – as it’ll be a bit of a pain to complete otherwise.

Boaboa and the Show of Strength

At any rate – your Boaboa journey will begin whenever you spawn into the Hoarfrost Reach at the same time the Lynian Researcher is present. Speaking with him will initiate the Bounty, and you’ll be told to hunt a Large Monster in front of the Boaboa tribe. What this amounts to is pretty simple – pass by a group of Boaboas in the field, and if you’re lucky enough, one of them will begin to follow you around.

Start to fight a Large Monster (like a Beotodus, a Banbaro, a Barioth – or really anything that can spawn in the Reach) and slowly, as the fight goes on, more Boaboa will begin to spectate your fight. If you manage to kill the monster while your Boaboa audience is still accounted for then you’ll be told that the Boaboa want you to visit them at their base in Area 17.

You’ll need to hit a wingdrake with some slinger ammo in Area 2 and hook on to it, and it’ll fly you straight to a hot spring with a load of Pearlspring Macaques. Head inside the base to get your next objective – a 2-star Master Rank quest to hunt a Tempered Beotodus titled By Our Powers Combined.

If you want some more Monster Hunter World Iceborne help, hit up our guides on Purecrystal farming and Pearlspring Macaques and the Pearl Snatchers event. 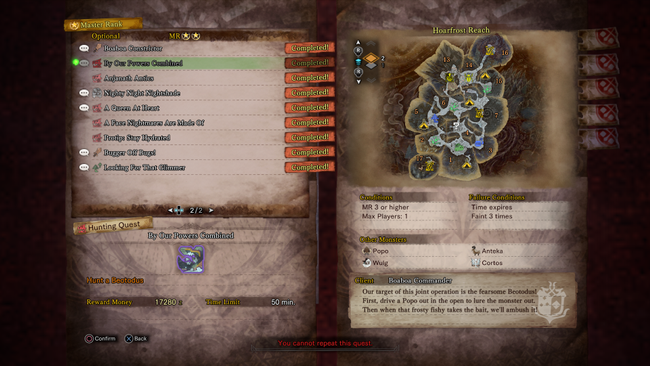 This is, of course, where the whole “make sure you’ve got a full set of Master Rank gear” line comes into play. If you played Monster Hunter World past the credits, you should already be familiar with how much more dangerous Tempered Monsters can be, and with the gulf between High-Rank gear and Master Rank gear, you will almost assuredly be killed in one hit by the Tempered Beotodus unless you’ve already upgraded to Master Rank equipment. You’ll have a whole host of Boaboa helping you while you hunt it, but that doesn’t mean that caution won’t be necessary if you’re tackling this quest early in the game.

Before you actually fight the Beotodus you'll be tasked with separate a Popo from a herd and drawing it towards a pre-determined location to draw the Large Monster out. This is largely scripted, and you'll be told what to do as you go. Once the Popo has been led into the trap, the Beotodus will take the bait and your fight will begin. Like other Tempered Monsters, the fight is mostly the same as the regular one - just be particularly careful this time around. If you're tackling him in early Master Rank equipment, you'll survive a hit, but I can't guarantee you'll survive two in a row. 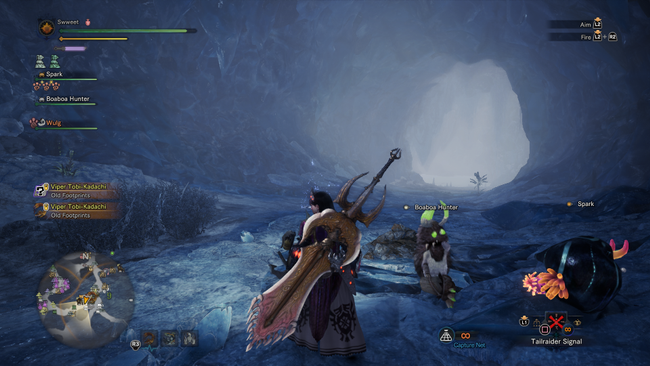 Once you've completed your objective - that's it! You'll be done, a new Optional Quest to hunt a Tempered Beotodus will be unlocked to replace the one you just completed, and your Palico will receive the Tailraider Signal ability - which unlike other Grimalkyne gadgets, doesn't have to be equipped, and instead is always accessible regardless of the gadget that you're currently using.

Activating it will instantly summon a Grimalkyne to you in order to aid in your hunt. Additionally, Boaboa out on the field won't attack you whenever you have a Boaboa buddy around! Finally, befriending the Boaboa unlocks their Lynian Researcher Requests for the Surveyor Set.