Atelier Totori: The Adventurer of Arland initially headed west in September 2011 - with little fanfare, as Atelier games often do. This was the second title of the Arland trilogy (now tetralogy thanks to 2019’s Atelier Lulua) and had more of a focus on exploring the land over crafting, although crafting was, of course, still a big part of the game.

Frankly out of the original trilogy, Totori is probably my least favorite game. Its pacing isn’t as well done as Atelier Rorona or Atelier Meruru and I also felt the need to use a walkthrough to make sure I didn’t lock myself out of a normal ending, more so than the others. In normal circumstances, I would never consider Atelier Totori (or any Atelier game, for that matter) to be the game I’d be writing about for a Game of the Decade. Even though Atelier Totori may not be a title that was revolutionary for the 2010s, it still has an important place in my heart. 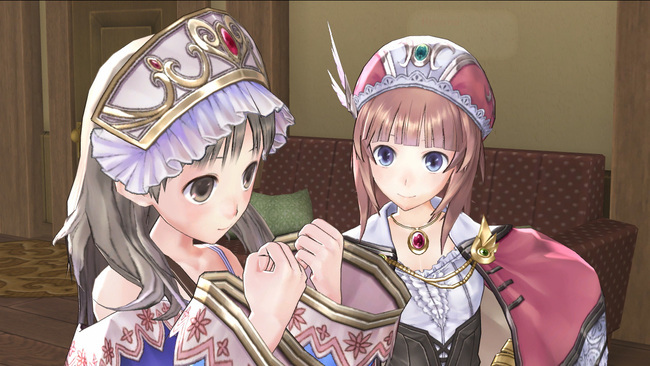 I did not play Atelier Totori in 2011. I pre-ordered it to grab the nice NISA pre-order bonuses, but the game itself rested on my shelf for a long time, unopened and untouched. After playing Atelier Rorona, I decided that I wanted to play ‘something else’, and then I didn’t go back to the series for years. It’s the constant curse of the gamer -- too many games, not enough time.

Fast-forward to 2015. A lot of things happened in my life -- my ongoing, abusive relationship at the time came to an end, I moved out on my own for the first time, and I got my first office job. Things were going well, but I was tired. I might have had a shiny new PS4, but I didn’t have the energy to play intense games like Bloodborne and… well, mainly just Bloodborne. I had JUST gotten the system, after all. 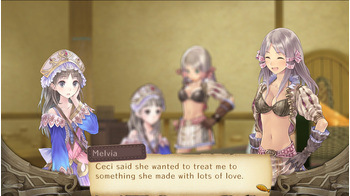 I wanted to play something more chill. One day while staring at my games deciding what to play (a favorite gamer pastime), I glanced at my Atelier game collection. I had at least five Atelier titles right there (I still can’t remember if I pre-ordered Atelier Shallie, which released earlier that year), but yet I still only played Rorona. I argued with myself out loud, as sane people do, as to whether or not I should boot it up.

See, Atelier Rorona was obtuse in how some of its systems worked, which mostly came into play with the many, many endings you could get. I ended up missing out on the ending I wanted because I didn’t consult a guide first. So I wondered, is Totori going to be the same? Does it matter? I could just use a guide.

So I fired up Atelier Totori, opened up a guide, and started my adventure. Totori, in short, is a pure Atelier game -- one where you don’t really save the world and one that’s focused more on the characters you meet along the way rather than its overarching story.

But there’s something to be said about how relaxing the game is. 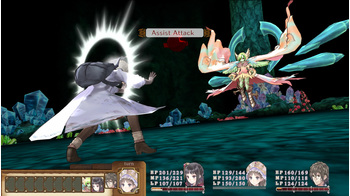 In that time of my life, I needed something to stabilize me. In addition to all of my other life changes, I was starting to burn out on video game writing. When you’re the sole person reviewing JRPGs and niche indies at an outlet, it can take its toll on you. I played a lot of games in 2015, but nowadays I don’t remember most of them.

I remember playing bits and pieces of Sonic & All-Stars Racing Transformed and failing to get anywhere in Bloodborne, but a lot of that year was a blur. The following year, I took a break from games journalism -- just too tired to review anything.

But Atelier Totori was the ‘break’ game -- something when I couldn't stomach any more time with whatever Kemco RPG I was reviewing next. In spite of some of its oddities, I found Atelier Totori relaxing and somewhat addicting. I still clearly remember the scene where Totori completes her quest to find her mother. It’s an incredibly emotional moment and one of the most emotional moments I’ve seen in an Atelier title, before or since.

Granted, I didn’t know about the True Ending at the time. But with such insane requirements who could have really known about what happened on a first playthrough? The guide I was using didn’t spoil it, so I watched the ending on YouTube instead.

Would I recommend Atelier Totori today? Probably, as all of the Arland titles are great. But it’s important to me this decade as a title that helped me through a difficult time. It’s not a groundbreaking title, and probably not a game that’ll be remembered for decades (provided climate change doesn’t kill us all, of course), but Atelier Totori is important to me because it provided me some comfort when I needed it. 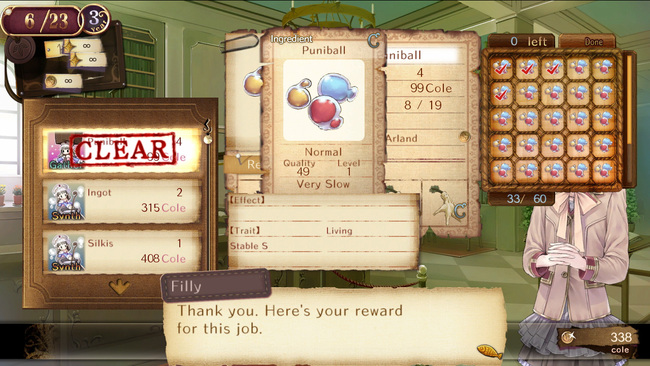 Atelier Totori: The Adventurer of Arland Announced for North America and Europe

Atelier Totori: The Adventurer of Arland 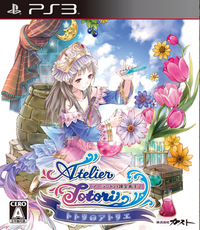