Kentucky Route Zero follows a truck driver named Conway, as he slowly works his way across Interstate 65. He is on the road to make one last delivery to The Zero - a complex and elusive highway deep within Kentucky. 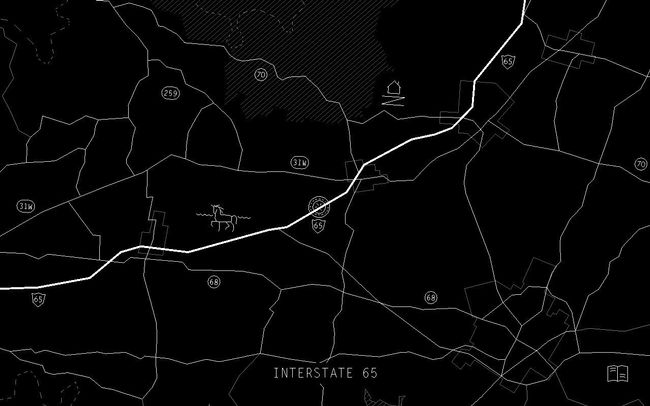 The game was created with the 2008 fallout of USA’s economic recession in mind, and it is reflected in the conversations Conway has with his travel companions. Houses are foreclosing and businesses are failing. Characters are dealing with these harsh realities because that’s all they can really do.

Even though there are other people to travel with along the interstate, there’s a pervasive sense of loneliness. Characters are upfront about the struggles in their life, yet there’s a disconnect as the information they provide is often cryptic. It’s eerie, ephemeral, and reminiscent of the Southern Gothic genre, a genre I will always gravitate towards.

Despite the mysterious nature of Kentucky Route Zero’s characters, it doesn’t feel as though the game is leading up to a big answer or forcing you to solve a mystery. Instead, it’s simply a reflection of life for those living along the interstate. It’s haunting and pulled me into the game immediately. 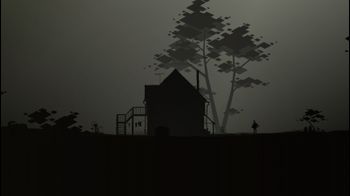 While categorized as a point and click adventure, the ever-changing narrative throughout Kentucky Route Zero creates this massive world that’s open to interpretation. Kentucky Route Zero is about choice and I chose to play Conway as aloof, distant, and somewhat short. I was able to put myself into the game and change the narrative to match the man I wanted him to be. To match the world I wanted him to exist in.

I appreciated that I could go through Kentucky Route Zero as an extremely passive character. I was directionless and playing the game initially felt like I was simply moving along, with no motivation and no clear path. I could connect with the ambiguity of life and allow circumstances to take me, rather than being an active participant.

I played Kentucky Route Zero during a time in my life where I was aimless and isolating myself. 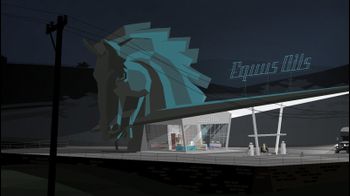 I had decided to take a year off from college to figure out what I wanted out of life, but ended up even more lost and stagnant. It’s hard to reconcile those two extremes - rather than figuring out my future, I became apathetic when I realized a quick solution did not exist. I was constantly at home, alone, and wondering where my life would take me. I decided to just sit and wait, though I couldn’t figure out what I was waiting for. The emptiness of Kentucky Route Zero appealed to me initially, but it was the way the story slowly progressed that kept me playing.

There comes a point in a later act of the game where it subtly shifts to be less about exploring or reaching that final destination and more about connections. You learn more about the other characters and the focus is less on Conway himself. The options you have available branch out more and more as the game allows you to play as different characters.

It’s poetic that this shift in Kentucky Route Zero came out when I was back in college, following a degree I truly cared about that forced me to connect with people. I was relearning what it meant to feel passionate about something. While I was exploring new aspects of myself in my daily life, I was able to play Kentucky Route Zero through a different lens. Instead of being confined to the person I made Conway, I branched out. 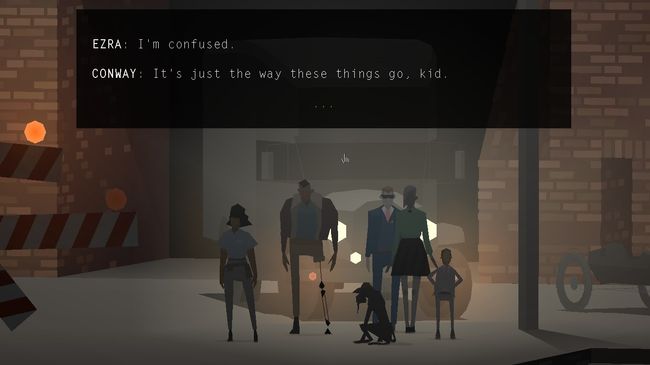 It’s also worth mentioning that Kentucky Route Zero has managed to create one of the most immersive auditory experiences I’ve had while playing a game. Music can go from a slow, droning beat to a beautiful, heartbreaking song. Sometimes the music will slowly fade in as you get closer to its source, making it totally missable or a moment worth the build-up. It creates suspense or reflects the confusion of a scene. Sometimes music in this game is simply the noise of static on a television.

While Kentucky Route Zero is my game of the decade, listening to Junebug and Johnny sing “Too Late to Love You” in Act III is my favorite singular moment in a game. After coming into a forgettable tavern, you can sit and listen to this song while choosing the lyrics Junebug will sing. It’s slow and magical and surreal. 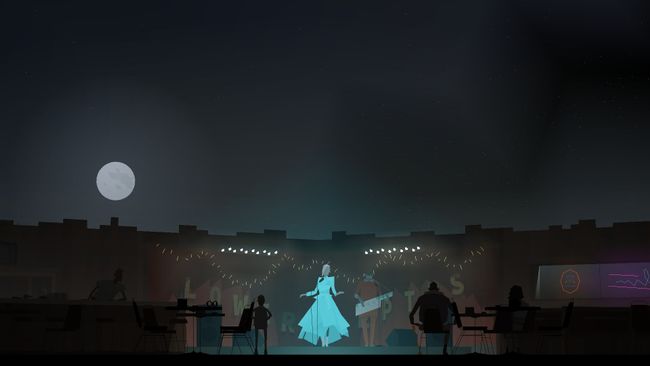 The emotionality and freedom of interpretation in Kentucky Route Zero is important to me.  It is a slow-moving train without any clear stops and the destination is hazy. I’ve always been the type of person to find comfort in games that reflect my life, my experiences, and my emotions. I will always appreciate the fact that I can load up an old save and still find something in it that brings me back to a place that I know. It’s both simple and complex with a gorgeous, flat art style that represents that.  My feelings on this game have not changed in the six years since I’ve been playing it. Kentucky Route Zero isn’t a traditional RPG, but I was able to play it as one.