Deck 13 Interactive Interview: We talk The Surge and action RPGs

In the past few years we have seen the action RPG take on a whole new form in Dark Souls. Since the release of that game, a number of titles have taken the core formula and done their own spin on it, The Surge being of this new wave of action RPGs. At E3 2016 we had the opportunity to sit down with Jan Klose from Deck 13 Interactive to tell us all about The Surge and what sets it apart from other action RPGs.

RPG Site: For people that are not familiar with The Surge, what do believe is the main appeal of the game?

Jan Klose: I think the main appeal is the close combat in a futuristic environment. Which is something that is really new, and we are going very deep into this combat system. It is very tactical, and there is a lot of choice; especially because you can target individual body parts and even cut them off and craft items with what you pick up.

RPG Site: I noticed in the demo during the boss encounter that there were several ways to go about the fight. In this case the easier path to victory was taken, however the harder path grants you better loot. So is there a risk/reward system in play when it comes to obtaining items?

Jan Klose: Exactly. So with our combat system, you can target the weak body parts on an enemy to bring them down faster. However you will probably see enemies carrying stuff you want to have, so you will need to target the parts of their bodies that make the fight much harder, but the reward for beating them is much bigger.

RPG Site: The Surge has a very unique aesthetic, why did you decide to go with a look that encompassed many vibrant colors?

Jan Klose: Well for our game we think it is important that it is a very hard and harsh setting. It is dark and grim, but we did not want to be taken over-serious, so there's some tongue and cheek to it. We wanted to tell a serious story without the visuals being too bleak with the visuals. 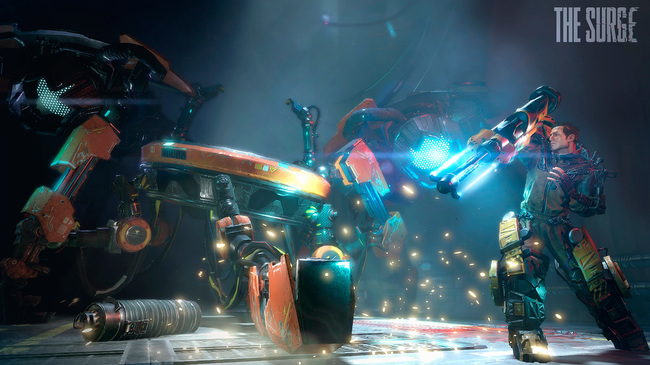 RPG Site: One thing that was apparent from the demo was how you used the futuristic setting to come up with interesting quality of life improvements the keep pacing of the gameplay strong. Such as instead of a ladder, you put in a lift system that the character stands on to take them up to a higher point in the level.

Jan Klose: Yes there are a lot of things like that in the game because what we are doing is trying to come up with technology that would be used in the near future. So we took a look at what was there, such as drones supporting people, in terms of AR supporting people--for example, everything you have on screen are AR elements that can be switched on or off by changing the implants on your character which changes your skills. So even health bars are a status AR, which you can use or not use as it takes your implant slots. So if you want more energy you can swap a health implant with a energy implant. So you can change these things according to the way you want play it.

RPG Site: Loot was mentioned several times during the demo and I was curious, does Surge have that element where you farm a particular enemy repeatedly to get a good item with a low drop chance?

Jan Klose: Yes and no. You will increase your chance of getting loot if you kill several enemies, but it is not so much based on a random drop chance as it is your own skills. For example if there's an enemy with a full armor set that you want to own, you will need to target each individual piece of armor on the enemy and cut it off at the end of the fight. So for the player, you need to use new moves and attacks to get a specific armor part. Again it's less about randomness and more about the skill you are using.

RPG Site: Expanding from that last question, you clearly want your game to have a high skill ceiling, was that always a key point of development?

Jan Klose: We want to be accessible in terms of feedback, you know what things are happening and how to react to them accordingly but to make it happen requires a lot of skill. We are more about giving the player all the information to defeat each foe rather than make things obtuse to the point where you have to consult a walkthrough. So you can accomplish everything by the feedback in game, but you will need to learn through playing the game. 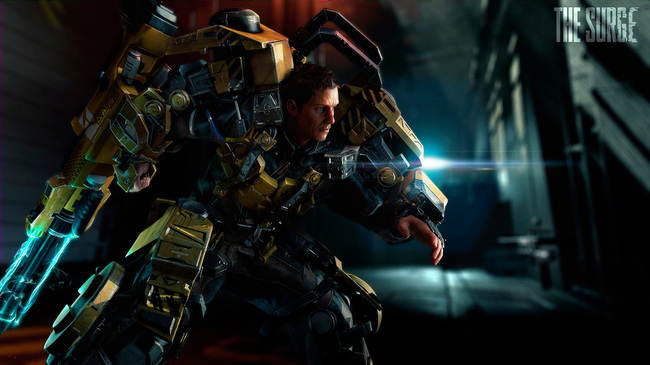 RPG Site: The Surge features a lock on system similar to that of Zelda or Dark Souls, is combat best in one on one engagements?

Jan Klose: In our game it is, because we really like dual based combat. Sometimes there will be 1 or 2 additional enemies but normally there will be only duals.

RPG Site: Crafting was mentioned several times during the demo, does the game feature a crafting system that players can really lose themselves in?

Jan Klose: Well you can craft a lot because there's no shop in game for you to buy supplies and equipment. So every time you want something you will need to make it yourself, and you will need the right ingredients. There is a lot of weapons, armor sets, and items you can craft in game; it's a pretty deep system.

RPG Site: Is there are final words you have for people interested in The Surge?

Jan Klose: If you like hardcore games, close combat, and smashing your enemies into pieces then you should take a look at The Surge.

14 minutes of gameplay for action RPG The Surge 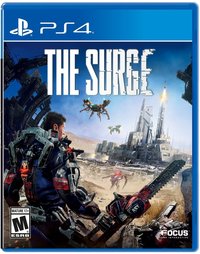