Ahead of Gamescom, Headup has announced Tinkertown, a 'sandbox multiplayer RPG' which is the first title developed internally for the indie publisher. The game is set to launch via Steam Early Access this Fall, and a public demo will be available later today.

Tinkertown is a multiplayer RPG featuring a pixel-art style and a procedurally generated open world. The game can be played alone or with up to three friends online in drop-in-drop-out multiplayer. The game world is dotted with dungeons that offer a multitude of loot, which can then be crafted into tools, armor, weapons, furniture, and more. Tinkertown also features various roles your character can exhibit, and by changing your gear you can change your combat style.

Find an announcement trailer, description, and screenshot set below via Headup.

Come to Tinkertown - A refreshing new Multiplayer Sandbox Experience! Grab your shovel, your pickaxe, and your sword and enter the realms of Tinkertown. A magical place awaits filled with loot, danger, and creativity. Build your own village - from small shacks to impressive castles and townships.

Gather resources as you explore this procedurally generated world either by yourself or with friends! Need some extra challenge? While the surface world is mostly peaceful, only the most courageous explorers will enter the sinister dungeons scattered around the world, and defeat the horrors that live within. Epic loot awaits those who dare to face the underworld. 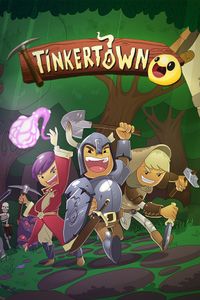