A rumor that has simply refused to go away over the last several months is that Electronic Arts and BioWare are hard at work on a remaster of the beloved Mass Effect Trilogy for release later this year - but now, it seems fans of Commander Shepard and crew will have to wait a little while longer to revisit the Citadel.

VentureBeat's Jeff Grubb, who was one of the first to report on the remaster, writes today that the release - which is allegedly titled Mass Effect Trilogy Legendary Edition - will now no longer release this year. The new report says that a planned surprise October reveal followed by a fast turn-around to release has now been postponed, with the game now set for early 2021.

RPG Site had also heard about the originally planned October release timing from seperate and verifiable sources, but VentureBeat's latest revelation casts that information as now sadly no longer accurate.

The report says that the major contributing factor to the delay - along with developmental struggles related to the ongoing Covid-19 pandemic - is the status of the original Mass Effect. While the second and third games in the series are quite similar in visuals and gameplay, the original Mass Effect is a deeply experimental game made by a BioWare still getting to grips with Unreal Engine and still figuring out exactly what sort of game the shooting-driven Mass Effect is.

It appears there is a desire to bring the original Mass Effect more in line with its sequels for this remaster - and that is helping to hold things up.

The VentureBeat report also mentions that the Legendary Edition will include all of the DLC for the three games - but skip the multiplayer component of the third Mass Effect game.

Despite the allegedly delayed release, we may very well get some hints of this project in the near future - November 7th, celebrated by BioWare as a Mass Effect holiday in honor of Shepard's 'N7' military designation, is right around the corner. 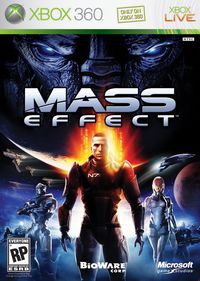