Final Fantasy XVI production appears to be going quite a bit more smoothly than other recent entries in the series, if a new development update from Square Enix is to be believed.

While this wasn't strictly speaking a developer update intended for the general public, a Japanese recruitment page looking to find new staff hires for the FF16 team mentions the team's progress so far.

"We have already completed basic development and scenario production, and are continuing to create large-scale resources and build boss battles while expanding our various development tools," the post says. "Also, most of our staff are carrying out their work remotely."

This is promising - it suggests Final Fantasy XVI is quite far along, and though it's hiring for new staff members, the game's framework is in place. This gives hope for a release in the next 18 to 24 months - though no release window has been suggested by Square Enix as yet. The post was noticed by Japanese site GamesTalk and translated by the guys over at Gematsu.

We think it's pretty likely that Final Fantasy XVI has been in production since at least 2015, as made clear in our in-depth profile and career timeline of director Hiroshi Takai. Producer Naoki Yoshida has already made clear not to expect any major updates for the rest of this year - though they will launch a website with some new character information later this month.

If that isn't enough for you, however, try checking out our breakdown of 3 things you may have missed in the FF16 trailer - you might learn something new! 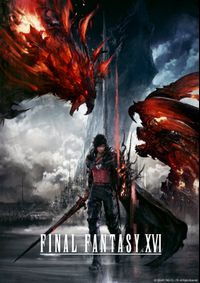