Indie publisher No Gravity Games has announced that indie 'sneak-and-slash RPG' Good Night, Knight will launch in Early Access for Steam and GOG on February 16, 2021.

Good Night, Knight was originally set to release in Early Access in December 2019, before issues resulted in a major delay. The game is a pixel-art action RPG featuring a knight who wakes up falling from a tall spire, looking to regain his memories and (probably) save the world.

A new trailer and screenshots can be seen below. More information about the game can be found in the announcement post. 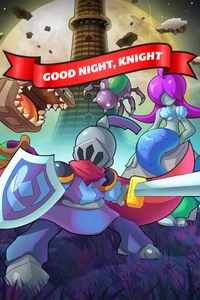