Atlus USA announced today that they will be bringing over the PSP remake of Persona 2 Innocent Sin this Fall. This news is hardly surprising as Atlus tends to localize most everything their parent company puts out.

Having never been officially released outside of Japan, this will be the first time Americans will get to experience the true Persona 2 story. The game will be presented in widescreen, featuring enhanced graphics, remixed music, new quests, animations and more!

Players will be able to control each of their five party members, as well as managing Personas.

Persona 2 Innocent Sin will release this Fall on PlayStation Portable. No official release has been announced for Europe at this time, but we will be sure to update you when we have that information. 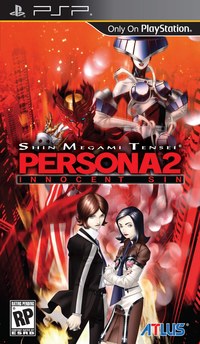