Idea Factory International has announced that Neptunia Virtual Stars will launch, both physically and digitally, for PlayStation 4 on March 2 in North America and on March 5 in Europe. The game will then release digitally on PC via Steam on March 29.

Additionally, a special Limited Edition can be purchased from Idea Factory International's Online Store. Priced at $109.99 and available for both PS4 and Steam, this Limited Edition contains the following:

A new teaser trailer and screenshot set can be found below. More information on the game can be found in the announcement. 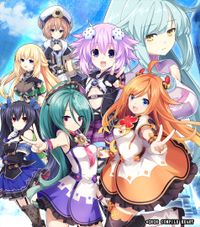