Dungeon Siege III launches not all that long after E3 2011 opens its doors to the industry and then slams them shut again three days later, but that's not stopping Square Enix from showing it at the show and releasing a game synopsis telling us all about it accompanied by two E3 2011 screenshots.

The game will be playable at the show, and also already has a playable demo out on Xbox Live and coming for PS3 and PC shortly after and during E3 respectively.

Check out the new shots below, and don't forget that you can see all the Screenshots, Videos and Artwork from Dungeon Siege III over in the Media Vault! 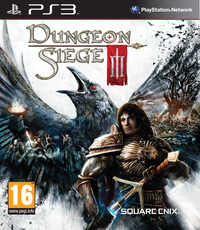