Poleaxe Games has announced Empire of Ember, an action strategy RPG/RTS set to release for Steam in Summer 2021. The game features a first-person gameplay perspective, tactical control of hundreds of units, and a city-building component.

A gameplay trailer, description, and screenshot set can be found below. The official website is here. Thanks to our friends at RPGamer for the heads up!

A secret enemy launches a surprise attack on your home, viciously murdering your wizard master and leaving your city in ruins. No longer an apprentice, you must take charge of a magical kingdom and rule as you see fit. 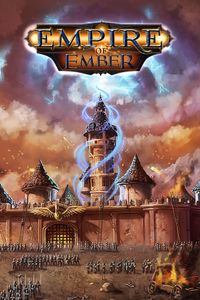