It's been almost two years since the Japanese release of Tales of Vesperia for PlayStation 3 with no Western release in sight. Since then, Namco hasn't slipped a word as to why... until now.

Namco Bandai Europe Junior Community Manager Charlotte Toci made some interesting comments on her public Facebook page about the PS3 version which have only just come to our attention. After promoting the release of the Xbox Live download for Tales of Vesperia, a commenter asked about the PS3 version. She responded by telling the fan that "A lot of people have told us that, but it won't happen."

When pressed further by fans hungry for the port she revealed this information which to our understanding has never officially been mentioned by Namco themselves: "Microsoft paid for the [western] exclusivity, the same way as Sony paid for having Heavy Rain only on PS3. It's just one way the business works, sadly." 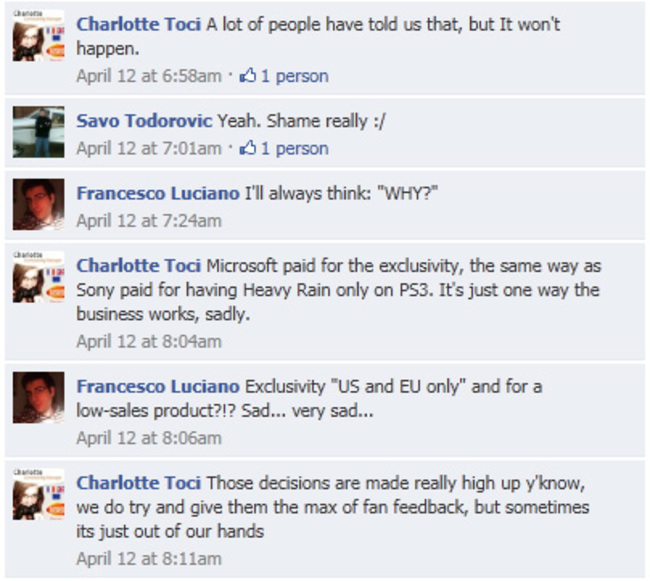 Obviously that can't be the entire truth, as the game was released with far more content in Japan on the PlayStation 3, and Microsoft never published the game in any region. Questioned even further by fans she replied "Those decisions are made really high up y'know" and that it was "out of our hands."

We've messaged Namco Bandai for official comment in the meantime. We'll update if we get word. 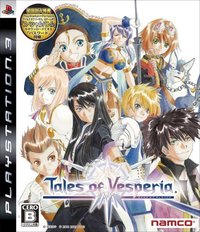