Event Horizon also confirmed that the game will now launch in 2022 for PlayStation 5 and Xbox Series X|S in addition to previously announced PlayStation 4, Xbox One, and PC (Steam) platforms.

Find the new trailer below alongside new screenshots, descriptions, and key artwork via Event Horizon. In case you missed it, you can check out nine minutes of gameplay or the announcement details.

Malakai and Kaela are children of war refugees, living the day-to-day life of adventurers as they seek ancient relics and forgotten places. Soon they too will have to learn how to survive in the chaos of war, as blood and tragedy will mark the beginning of their true journey.

Adventure with a Friend

The main component of Dark Envoy is a story campaign that can be completed alone or in online co-op mode with another player. Grab a friend and travel the world, seeking out whatever dungeons, challenges, and riches may come your way. Enjoy the story and search for ancient relics and forgotten places together.

Jäan has exploded into total war as humans challenge the old balance and traditions of magic with their mana-based technology. Humans, mysterious beings with a far more mysterious past, are newer to this world but have risen under the banner of the self-proclaimed emperor to establish a place they can finally call home.

Up until now, the Old Races looked down at humans for their weak connection to magic and held them in check through their superior knowledge of the arcana. Now, Orcs and Elves have been pushed off their lands and must fight to protect the natural order of magic.

Non-Linear RPG Narrative: Your choices are everything as they can reshape the conflict that has gripped the world of Jäan. Which faction will you align with? Will your legacy be one of peace and honor or stained by bloodshed and destruction?

Main/Side-Quests and Shape-Shifting Dungeons: Explore the world in your Skyship, hunting for ancient treasures through over 15 different biomes with various gameplay mechanics. A large pool of quests and events are waiting for you to discover them. In addition to the main and side-quests, there are optional shape-shifting dungeons for players to explore. These are challenging areas where the layouts and enemy patrol routes shift each time you enter. These dungeons yield powerful rewards and players will have to think on their feet if they want to attain what these unique spaces offer.

Authentic, Flexible RPG Systems: Utilize a wide variation of skills among 4 base classes and 16 specializations. Discover rare, hidden classes which can only be found in remote locations and through special quests.

Experiment and adapt to your playstyle: mix together skill trees, boost individual abilities, and select classes and specializations that compliment each other. Take advantage of an expansive crafting system featuring research and enchantment. 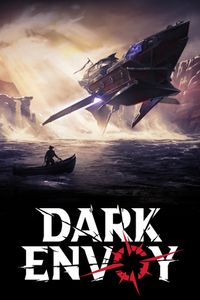