Well, we just reported on the angry wrath of fans and Operation Rainfall - so we might as well now catch up and report on the smoking gun that made them all angry in the first place - the European release of Monolith Software's Wii RPG Xenoblade Chronicles.

In addition to actually getting the game in the first place, Europeans will be treated to a pretty cool limited edition version of the game. The bundle will include a red Classic Controller Pro, just as Monster Hunter's special edition shipped with a black one and will feature a reversible cover featuring the artwork that fans voted for on the official Xenoblade website as well as Nintendo's choice of cover art.

It'll also include three posters of scenes from the game that have been 'electronically signed' by Monolith Software founder Tetsuya Takahashi.

Best of all, it's actually coming out. Europeans can look forward to this on September 2nd and our review some time before that. Check out the bundle box below. 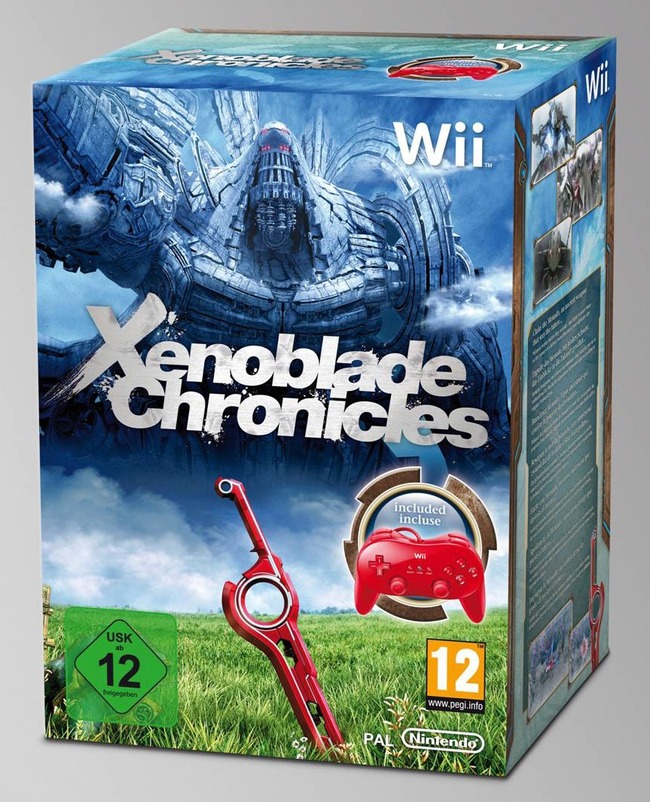