RPGs a-plenty in the Steam Sale

Valve's Steam Summer Sale has just begun, and there's plenty there to make RPG fans very happy indeed. If you've been looking for a cheap summer bargain, Valve may just have something for you in this sale.

There's a few big offers on today's Daily Deals - only available today, the 30th - and plenty more that'll be available until the end of the sale in just over a week's time.

The first of the big RPG Daily Deals today is The Elder Scrolls IV: Oblivion, discounted by 66% from its standard price. This is the full version of the game that includes all the expansion packs. It's also fully compatible with the slew of awesome mods that are out there for the game - making it an ideal primer for Skyrim later this year.

Also on the Daily Deals is the Game of the Year version of Borderlands, which, like Oblivion, features all of the DLC released for the game as well as the original game and has a whopping 75% knocked off it.

Matching that discount is Recettear, the awesome indie RPG which sees you playing the role of a shop owner. That's also 75% off. The Witcher 2, meanwhile, is too new for that deep a discount but still has 33% knocked off the price.

Outside of today's Daily Deals Fable III is also discounted by 25%, Dungeons & Dragons: Daggerdale is 33% off. Fallout 3's Game of the Year Edition is 25% off, and if you fancy some older action Star Wars: Knights of the Old Republic, Neverwinter Nights and The Witcher Enhanced Edition are all 33% off.

The excellent Torchlight is 50% off, an ideal prep for Torchlight II later this year and if that isn't enough Diablo clone action for you Titan Quest Gold Edition is also 33% off. The Magicka Complete Pack is 33% off, or all the DLC is discounted if you already have the game. The flawed but fun Alpha Protocol is 33% off also.

The Mount & Blade titles are all discounted if you fancy something that's a bit like a really hokey Western-developed Demon's Souls, and even Square Enix's The Last Remnant is 33% off, as is Overlord.

If you want two games in one go, the Mass Effect Pack featuring both games is 25% off. More Daily Deals will be popping up every day, too.

This is, frankly, mental. We've not even listed everything - just the stuff we thought was stand-out. Head on over to Steam or boot up your Steam client and prepare your wallet for a beating - there's some great non-RPG offers, too. Go on! Get a move on!

Disgaea set to release on PC via Steam in February

The Week in RPGs 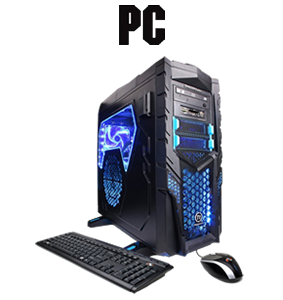 The gaming platform of the ages, the PC never stops changing, evolving and growing to match its console counterparts.