Fortune Summoners Announced for the West 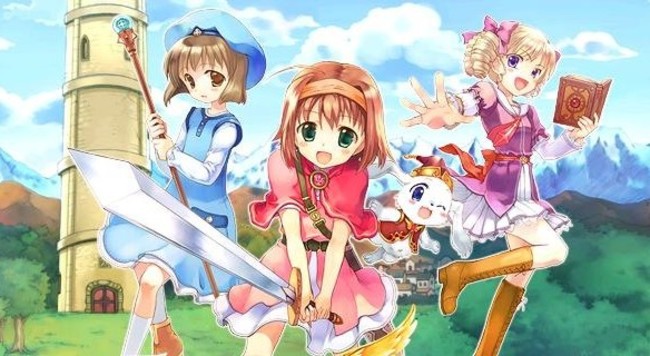 Not content with only working on the localization of Chantelise (which they have announced will be out by the end of the month), Carpe Fulgur announced yesterday at this year's AnimeExpo convention that they are bringing another game to the Western shores with Fortune Summoners, originally developed by a one-man studio called Lizsoft. More information about the gane and what the port will feature can be found at Carpe Fulgur's blog post addressing the acquisition.

This unique side-scrolling RPG blends elements of physics-based puzzles and hack-n-slash mechanics, where the player must rely on a group of friends in order to advance in the game in what the developers call a "real-time RPG".

You play as Arche Plumfield, a little girl who just moved with her family and is about to attend a new school where she will learn magic. On the way to the school she encounters two monsters, which she easily defeats, but not before her leg is injured and she becomes unable to walk. Fortunately, another girl named Sana comes by and heals her leg with magic, and they decide to go to school together. After arriving at school and introducing herself to her new class and taking her first lesson, she finds out that she can't use magic without a Spirit Stone, so Arche sets out to aquire her own Spirit Stone in a nearby cave filled with monsters.

I do not think I have ever seen anything quite like Fortune Summoners before, so in my mind it is great that Carpe Fulgur is willing to take risks with obscure licenses like this one and hope for the same level of success that Recettear achieved. From those that I have spoken to about this game, they have confirmed it to be a simple but very addicting experience, so players are likely to get their money's worth.

Carpe Fulgur claim that they already have an English build moving along at a solid click, and that they hope to have Fortune Summoners out by the end of the year. To take a look at the different screenshots for the game, please visit our Media Vault section.
Advertisement. Keep scrolling for more

Shiren The Wanderer: The Tower of Fortune and the Dice of Fate - Review

Shiren the Wanderer: The Tower of Fortune and the Dice of Fate for Switch and Steam releases on December 2 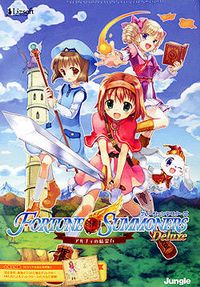 Recettear: An Item Shop's Tale
Shiren The Wanderer: The Tower of Fortune and the Dice of Fate