Prime Matter - a new publishing label from Koch Media - has announced that it will publish cosmic horror action RPG Dolmen for PlayStation 5, PlayStation 4, Xbox Series X|S, Xbox One, and PC (Steam) in 2022. The game will see both a digital and physical release.

Dolmen is developed by Brazilian team Massive Work Studio, which originally launched a Kickstarter campaign for Dolmen in 2018, raising more than $20,000 for the project. The game is described as a Sci-Fi Lovecraftian Cosmic Horror action RPG, where the player needs to overcome vicious bosses and survive in hostile environments, as the unique story reveals secrets of a mysterious crystal called Dolmen.

A trailer, description, and screenshot set can be found below via Prime Matter. The official website is here.

Cosmic Horror and Sci-Fi are two ways to talk about Dolmen. It is a third person action game with RPG elements but with a lovecraftian plot that calls players to find what’s behind the darkest secret of the universe!

A forgotten planet called Revion Prime will be the place where the action takes part. And it won’t be easy: Adaptation and exploration will be your main weapons as you craft new items and equipments from your enemies’ carcasses! Every step can be your last one!

Use your experience points to improve yourself and face what no human has ever faced. After all, quoting David Hume: “The life of man is of no greater importance to the universe than that of an oyster.” Maybe he was right… Or not.

All environment will provide a feeling of being apart from Earth, which means that a whole new kind of views are waiting for you.

Every level shows different ways to understand the place: Its plants, fog and terrain will be constantly changing and more and more daring… A whole world can be yours. But you’ll never be yourself again…

Learn the language of the universe as you struggle to stay alive!

The plot may be comprehended as an investigation focusing the past and future of an alien planet as seen through the eyes of a human being. Although his original task was very different from that, he was brought to a reality never seen before, with no resources and unprepared for what he will find there.

Uncover the truth by finding and connecting each piece of the lost alphabet of this galaxy!

Craft equipments (weapons and armor) and upgrade them to become part of an alien society or what’s left of it… You must scour this alien planet, harvest Materials, from dead bodies and create the ultimate survivor gear! Look for the answer or make your own!

Your character has an array of attributes that can be leveled up by using XP, gained from defeating the strangest life forms! You can level up your character however you want to suit your specific play style. 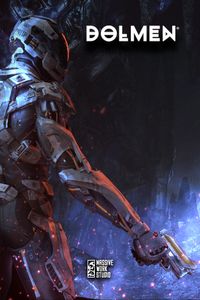