Prime Matter - a new publishing label from Koch Media - and developer GoldKnights have announced The Last Oricru, a third-person action RPG combining a medieval setting and sciifi elements. The game is set to release for PlayStation 5, Xbox Series X|S, and PC (Steam) in 2022, with both physical and digital editions available.

Developed by a small team in the Czech Republic, The Last Oricru promises a high level of player choice, where many player decisions made in the game can lead to a numerous variety of outcomes, including who lives, alliances, and more. One of the most notable elements of the game is that it includes full couch co-op throughout the main story, offering a drop-in drop-out experience. Certain combat sequences and boss battles will even have unique mechanics that can be used only in co-op gameplay.

A description and screenshot set from Prime Matter can be found below.

The Last Oricru is an action RPG, that puts you in the middle of ongoing conflict under the protective shield on the otherwise abandoned planet. Your decisions bring interesting twists into the gameplay as you can heavily influence the conflict and its outcome. You will experience hundreds of intense fights in a brutal medieval sci-fi world, where every action has its consequences. Level up your hero and improve your skills before facing one of many boss fights. 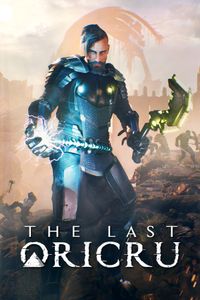