Prime Matter to publish Encased: A Sci-Fi Post-Apocalyptic RPG for PC this Fall

Prime Matter - a new publishing label from Koch Media - has announced that sci-fi CRPG Encased will leave Early Access and release this Fall for PC (Steam, GOG, Epic). The game originally launched as an Early Access title in September 2019.

Koch Media previously announced a publishing partnership with developer Dark Crystal Games for the title, stating plans for release on PlayStation 4 and Xbox One in addition to PC. Console versions are not specifically part of today's announcement, however.

A new trailer and screenshot set can be found below. 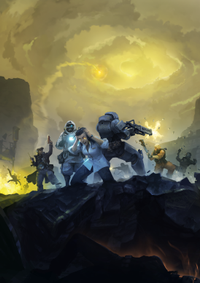