Revived MMORPG Aion Classic launches on June 23 in the Americas

NCSoft has announced that Aion Classic will release 'in the Americas' on June 23. This nostalgia server for the MMORPG originally released in Korea last Fall.

This revival has two different Founder's Packs available for purchase (at $20 and $50) for those who want to start with a few bonus items. Aion can be played for free with a trial version, although an optional subscription for those wanting the full experience, starting at $15 for 30 days. This optional subscription is called Siel’s Aura, which improves item gain and experience acquisition. Free players do get an hour of Siel’s Aura each day, but subscribers will maintain the bonus at all times.

Although the official website describes the western version as a 'Global Service', only America is stated by name. It's possible some other publisher, such as Gameforge, would be responsible for a European launch.

The announcement can be found below, alongside some artwork from NCSoft. The official website is here.

Experience the realm of Atreia as if it were new, as the battle between light and dark begins once more in Aion: Classic. The new service for the vaunted MMORPG Aion provides a fresh start as the game originally was when it launched in the Americas back in 2009, with some additional quality of life improvements. Players new and old can take flight to explore the massive, unique realm of the god Aion, hunt and venture on quests, or take a side in the battle between light and dark and fight other players. Aion Classic will be available in the Americas beginning on June 23, and the official site is now live at aionclassic.com.

Aion Classic will see the return of some of the games early, iconic dungeons, and only the original four character classes will be available to players (each with their two original subclasses). Keeping with the ethos of classic MMORPG experiences, the player progression in Aion Classic will be moderately paced, to increase opportunities for players to explore the world of the Asmodians and the Elyos.

Aion Classic will have a subscription-based model for players as well as a free to play option. By purchasing Siel’s Aura with real money, players will be able to buy recurring subscriptions of 30, 90, or 365 days. There’s also a 3-day pass available. The free option for players is available to everyone, but those players will gain experience slower than subscribers. Aion Classic will also have a Battle Pass, the Daeva Pass, which provides extra quests and rewards, and its own premium currency, Quna, which can be used to purchase cosmetic and consumable items, account services, and unlock the premium Daeva Pass tier.

Aion Classic also is a return to Aion’s unique rifting PVP, where portals open up between the realms of Asmodae and Elysea, providing PVP-specific quests and its own PVP currency, which can be used to buy special rewards and also contributes to player ranking. Faction-based Fortress sieges also round out the PVP experience in Aion Classic, where players from competing factions fight over control of objectives. Winners will earn special rewards.

Aion Classic will launch in the Americas on June 23, and Founders Packs are now available. For full details on pricing, please visit the official Aion Classic website. 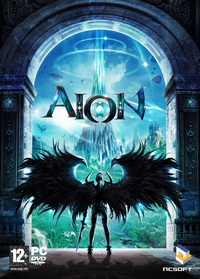