The game will feature music by longtime Tales series (and several other games) composer Motoi Sakuraba. A Kickstarter campaign has launched, where the developer is seeking nearly $100,000 in crowdfunding. According to the Kickstarter page, SacriFire is planned to launch for PC (Steam, Epic Game Store, GOG) and will be playable on PS4, PS5, XB1, XSX, and Switch consoles in 2022.

From the creators of Regalia: Of Men and Monarchs and Warsaw comes an RPG experience like no other.

SacriFire is an upcoming RPG, inspired by the 90s titles that began our love affair with gaming. 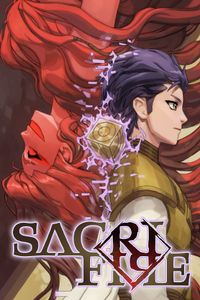