By now, those interested in checking out FINAL FANTASY Type-0 through the downloadable demo, have probably done so.

Overall, impressions from players have been largely positive, however, there are a couple major complaints regarding some of the gameplay systems. To put it quite simply, the camera isn’t the greatest. Often times when forced into enclosed areas, the camera focuses to far in on the character, making it hard to see, and even attack enemies. Because of this, it’s very easy to get killed more often than not.

The other major complaint is tied to Type-0′s Phantoma system, which allows the player to “steal” MP from fallen enemies. Charging the cursor takes a little too long, and the rewards aren’t always worthwhile. The chance to obtain Phantoma also sometimes disappears too fast in the middle of fighting several enemies.

In response, director Hajime Tabata posted a video on the official Square-Enix Members Japan Twitter account. He assures fans that they are indeed looking to fix both the camera and Phantoma system issues. This is great news, and hopefully we see the results come release in October.

We'll have our impressions of the demo up shortly, so stay tuned! 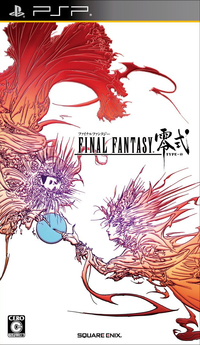