XSeed will step up to bring the title to North America while in Europe Japanese specialists Rising Star Games will take on publishing duties.

The game tells the story of the world of Listia, torn asunder by warring kingdoms battling in a stalemate with no clear victor in sight. The game features on-and-offline battles and deep character customization.

The game launched in Japan earlier this month and stormed to the top of the charts in its first week on sale. A Western release date is currently unannounced but for a tentative date of "Winter" - meaning late 2011 or early 2012. If you can't wait for that, you can import it from Japan right now.

We've whacked a bunch of screens of the game below. Remember you can find more screenshots and artwork over in the Media Vault! 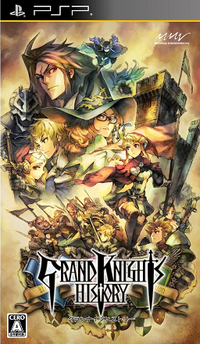