Good news for fans out there who were awaiting something big to come along to have an even better reason why you should add The Witcher 2 to your collection (if the review didn't convince you, that is). CD Projekt RED have announced that the 2.0 update for their game has been released upon the masses, which includes many new features.

First up is a brand new and fully-featured Tutorial system - something the new game could have been much better off had it been included in the first place. It explains the combat and gameplay mechanics, and the different menus that the player can use in the game.

Next is a brand new difficulty level called Dark Mode. This setting will require you to use the highest peaks of your strategic knowledge in order to defeat every enemy encountered in the game, so expect to save your game a lot. There are also several new pieces of weapons and armor to equip through this mode that are cursed, in that if they are worn incomplete, they cause perpetual damage to the player. Once complete, however, a much bigger advantage over the opposition is given with the high stat gear.

For the last of the big new features, the Arena Mode has been created, allowing infinite replayability and a progressively challenging wave of monsters to defeat. Defeating each wave nets you awards to upgrade your skills and abilities and garner new equipment. You can also pay for Hirelings to assist you in battle, and use a shopkeeper inbetween waves to keep yourself stocked. The mode continues until you are defeated, where you can share the statistical summary given to you at the end on the official Witcher forums or on Facebook (because social networking isn't used enough these days).

Aside from the key additions above, the update also includes over 40 enhancements, over 100 technical fixes, all 9 previous DLC packs,  Ultimate equipment packs, and more, including an improved targeting system and improved game-control responsiveness. The developers have called this update an even bigger pack than their Enhanced Edition release from the first game, and it looks like CD Projekt RED has done a great job in listening closely to the cries from their fans for new content. For a full list of changes and a link to the patch itself, you can visit this link or just load Witcher 2's in-game launcher to receive the automatic update.

The Witcher 2: Assassins of Kings Screenshot and Artwork Update

The Witcher 2 Preorder Trailer and Details 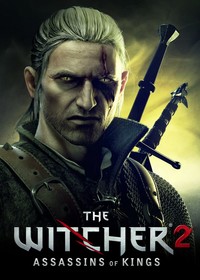