Fable series developer Lionhead Studios has put out the call looking for new staff - in particular calling out for a programmer with experience playing and working on massively multiplayer online titles.

According to the jobs page on the official Microsoft Careers website, the programmer in question will then be a "key contributor on an unannounced title".

Candidates should have a passion for MMO titles and should have shipped one MMO in the past, whilst experience with the Xbox 360 and Xbox Live architecture is also cited as desirable.

Lionhead is currently working on a Kinect-based Fable spin-off which is melding RPG elements with controller-free gaming, Fable: The Journey. We saw the game and chatted to studio boss Peter Molyneux back at E3 2011, but this job posting clearly doesn't relate to this game.

Rumblings and rumours have indicated that Lionhead may be working on a new Fable title for a next generation Xbox 360 - and Fable's whimsical hero-filled world of Albion could form an ideal MMO setting.

We'll keep our eyes peeled for any more developments from inside Lionhead on future titles and also bring you the latest on Fable: The Journey as it's revealed, so stick with us!

Advertisement. Keep scrolling for more
Post to TwitterPost to FacebookPost to RedditPost to Tumblr
Enjoyed this article? Share it!
In this article
Lionhead Studios 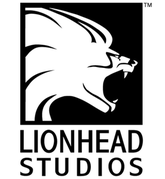 Lionhead Studios (also known as Microsoft Game Studios Europe) was a British computer game development company led by industry veteran Peter Molyneux, and acquired by Microsoft Game Studios in April 2006. Lionhead started as a breakaway from the developer Bullfrog, which was also founded by Molyneux. Lionhead's first game was Black & White, a god game with elements of artificial life, strategy, and beat 'em up games. Black & White was published by Electronic Arts in 2001. Lionhead Studios is named after Mark Webley's hamster, who died not long after the naming of the studio.