Crystal Conquest, A Browser Based RPG Revealed By Square Enix For Yahoo Games

Square Enix has finally decided to show off their previously teased Summer blockbuster, and it's totally not what we expected. Crystal Conquest is a browser based RPG being developed for Yahoo's Games platform in Japan. 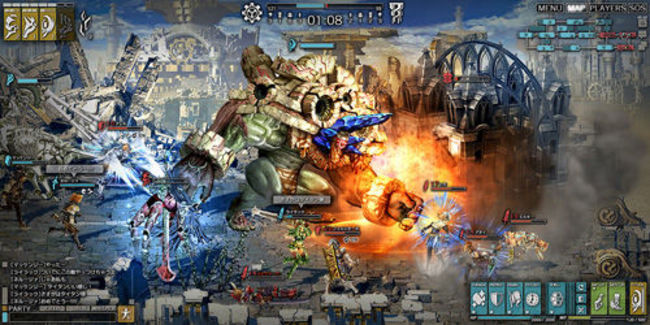 According to Andriasang the game is listed in SE's press release as a "real time battle strategy game," but is referred to instead as a team based side scrolling game on the official site's FAQ. The game supports up to 40 player battles (20 Vs 20) but only 12 Vs 12 were shown off in the Alpha build. The game will play similar to Final Fantasy with the players using different skills and even summons to overpower their enemies. Players will also be able to assign different skills and abilities to their character before each fight using a Skill Deck and Wild Card Skill Deck.

Alpha testing for the game is scheduled for 12-16th of April while the registration start on the 9th of April.

Check out the promo images in our Media Gallery.