These new screens focus on main character Ayesha and her sister Mio, as well as a look at the game's battle and item creation systems. You can view the screens and artwork below, or over in the Media Vault. Atelier Ayesha is due for PS3 in Japan on June 28th.

Atelier Ayesha: The Alchemist of Dusk 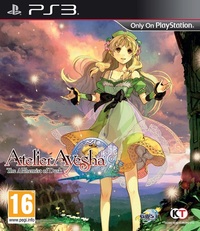