Square has just announced today through a Press Release that Theatrhythm Final Fantasy will be arriving in North Amercan stores on the 3rd of July.

Released back in February in Japan, Theatrhythm Final Fantasy received generally positive reviews. The game was praised for its feature rich soundtrack featuring tracks from various Final Fantasy games. Square also let us know that the game will be playable at their booth (#850) at PAX East, so if you're going to the convention then you might want to check it out. 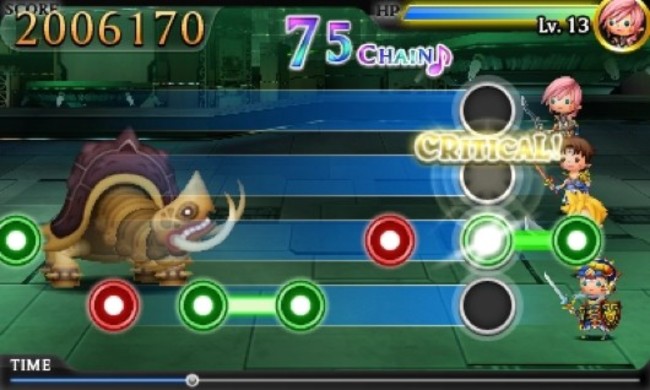