Persona 3 was originally on the PlayStation 2. An updated version of the game Persona 3: FES came out soon after with updated gameplay and an extra epilogue section. Atlus then released Persona 3: Portable for the PlayStation Portable, however, it didn't include the epilogue from FES. On the plus side it did have the ability to manually control your party members in battle.

Persona 3 focuses on high school students who have the ability to summon personas using a gun called the evoker. With their persona they are able to fight against the monsters that lurk in Tartarus, a strange tower that appears at midnight, called the Dark Hour. However, you can also enjoy the life of a student by building relationships, hanging out at cool locales, and waste time doing nothing. By balancing the your persona life and saving the world, you can enjoy a unique RPG experience.

Persona 4 heading to PSN next week

Persona 3 Portable comes to Europe at last this month 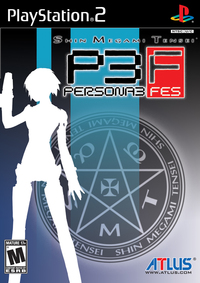