Next round of Fire Emblem: Awakening downloadable content detailed

Just announced via Nintendo Direct, Fire Emblem's next set of DLC is launching on April 26th.

Following the first set of content which featured Marth, the next sets will be priced at ¥250 and ¥350 respectively and feature past Fire Emblem characters such as Roy and Leaf. The DLC characters will be drawn by guest designers including Kimihiko Fujisaka and Sachiko Wada.

The first round of DLC will be available for free through May 31st, so get it while you can. A release date has yet to be announced for western territories. 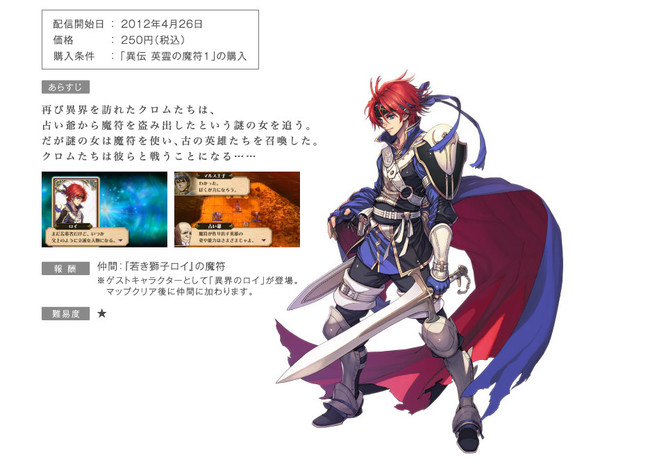