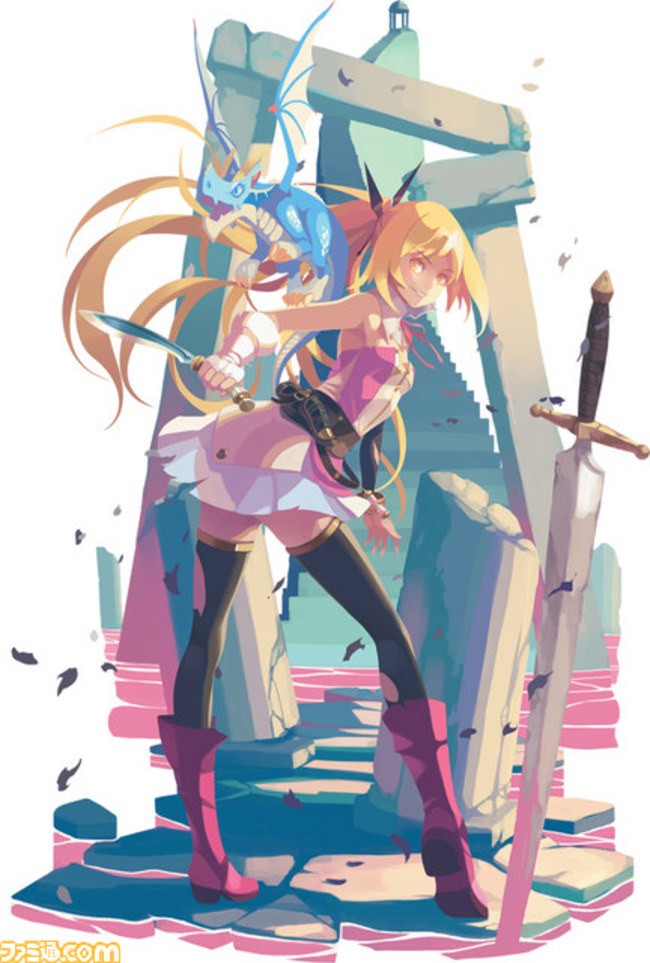 In the latest batch of screenshots from the upcoming beatifully-rendered RPG from Imageepoch's Toki to Towa, we finally get a good look at just exactly what it looks like when the heroine of the game transforms into her alter ego. Fans of the animes and the mangas may recognize the work of Vofan, the illustrator behind the Bakemonogatari books, which is all the more apparent in the above piece of artwork.

The change happens when the player garners enough experience, turning into Toki, the red-headed girl and who players begin the game controlling, or Towa, the blonde who has a little bit of an attitude and can dispatch enemies more quickly. Aside from changing the dimensions of their personalities, it also brings a different dynamic to the combat based on which id is active. Toki relies on a sniper rifle to pick off enemies from afar, while Towa likes to get all close-and-personal with melee attacks.

The other screenshots include shots of the beginning scenes of the game, where you as the main character are about to marry Toki when a group of bandits attack and before you suffer a nasty death at the hands of the bad guys, Towa awakens to finish them off in time before the finishing blow can be dealt.

Tokitowa is set to be released sometime later this year.