Tales of remakes in the making, promises producer

Remakes for older Tales of games are in the making, series producer Hideo Baba has said.

He said the titles will give new players to the series a chance to revisit titles that may not be possible to play in this day and age.

"We are planning to re-release old games to other platforms in the future, because the old games have some origin and offer standard features of the Tales series," he said to Digital Spy.

"We want to give some opportunities to current fans to play the old titles."

Baba added the remakes will come "with some improvements," continuing it'll "improve the graphics to make it more accessible."

Earlier this year, Namco Bandai released a 3DS version of Tales of the Abyss, which previously launched in 2004 for PlayStaiton 2.

While Abyss 3DS has already been released in the west, could Innocence R be joining the recently-confirmed Xillia in coming westbound eventually?
Advertisement. Keep scrolling for more
Post to TwitterPost to FacebookPost to RedditPost to Tumblr
Enjoyed this article? Share it! 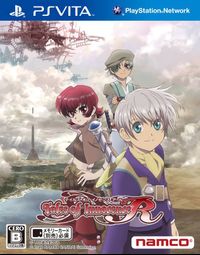