God Eater 2 - originally announced for PSP - will now be making its way to the PlayStation Vita as well.

The enhanced version of the game will launch together with the PSP version sometime in 2013. The Vita version will feature upgraded graphics, optimized controls, and include multiplayer and data transfer for the PSP version. Adhoc Party will also be supported.

Namco has provided a new look at all these updated features. Check it out below. 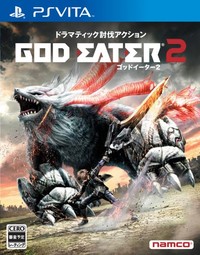