The magazine's cover calls it 'a must see next generation RPG,' but other than that the cover gives away little. It features what appears to be a bearded Geralt atop a horse with a hooded companion - one also wielding a Witcher sword...

The game's reveal will demonstrate that the title has a massive world - larger than Skyrim - that will take a good chunk of an hour to travel while on horseback. The game runs on the CD RED Engine 3, a next generation take on CD Projekt's already impressive looking ending.

Geralt is on a more personal quest this time, his memory restored at last. While platforms aren't actually confirmed, wording indicates the game will most likely release for PC and next generation platforms.

We'll have more information on this new title for you later this week, but in the meantime enjoy GI's lovely cover artwork below. 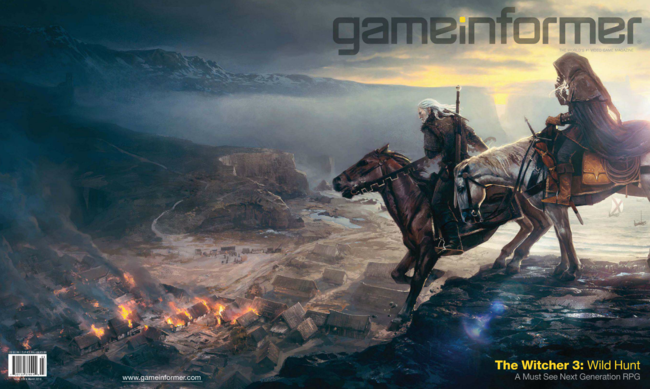