The opening video of Valhalla Knights 3 has been put up over at Famitsu's website.  The video features no gameplay of the Marvelous AQL-developed ARPG, but it does give us an animated introduction of the characters and world.

See the video below.

Valhalla Knights 3 is scheduled to launch in Japan on May 23, with a North American release coming later in the year. 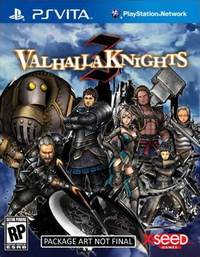