Announced late last year at the VGAs, Dark Souls II was a surprise for many gamers but since then the game has gone dark. However, all of that is about to change. Namco released the screenshots for the game and the following is in-game shots taken from the PlayStation 3 version of the game. Judging by the screenshots, the game will still feature dark and ominous environments, brutal combat, and horrifying creatures.

Stay tuned for updates as more media is released!

[/gallery]
Advertisement. Keep scrolling for more
Post to TwitterPost to FacebookPost to RedditPost to Tumblr
Enjoyed this article? Share it! 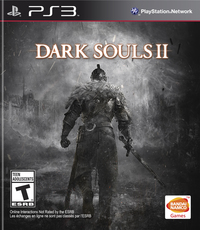