The images display a battle screen, some dialogue, and a newly introduced character by the name of Harler, who happens to be both a mad scientist and a fencer.

Check out the screens below.

Fairy Fencer F is scheduled to release in Japan later this year on September 19.
Advertisement. Keep scrolling for more
Post to TwitterPost to FacebookPost to RedditPost to Tumblr
Enjoyed this article? Share it! 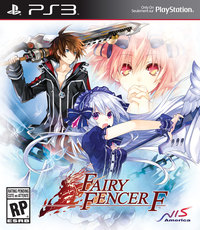