Square Enix has released some new artwork from Final Fantasy XV, giving folks online a first direct look at some of the artwork shown off on promotional material at E3 2013 a couple of weeks ago.

There's a large-size render of lead character Noctis and his allies, and a massive version of the game's new logo - which goes quite well to compare against the old Versus one.

The company also released an official English-language synopsis for the game and some character biographies, which we've reproduced below:

"The only crystal left to the world lies in the Kingdom of Lucis. Upon striking a peace with the garrison state of Niflheim, Lucis rejoices in having at last brought the cold war to a close. Their celebrations, however, are premature. Under the guise of amity, Niflheim dispels the anti-armament runewall and launches a full-scale invasion of the kingdom. The peaceful lives Crown Prince Noctis and his entourage once knew are consumed by the flames of war as they struggle to mount a resistance." 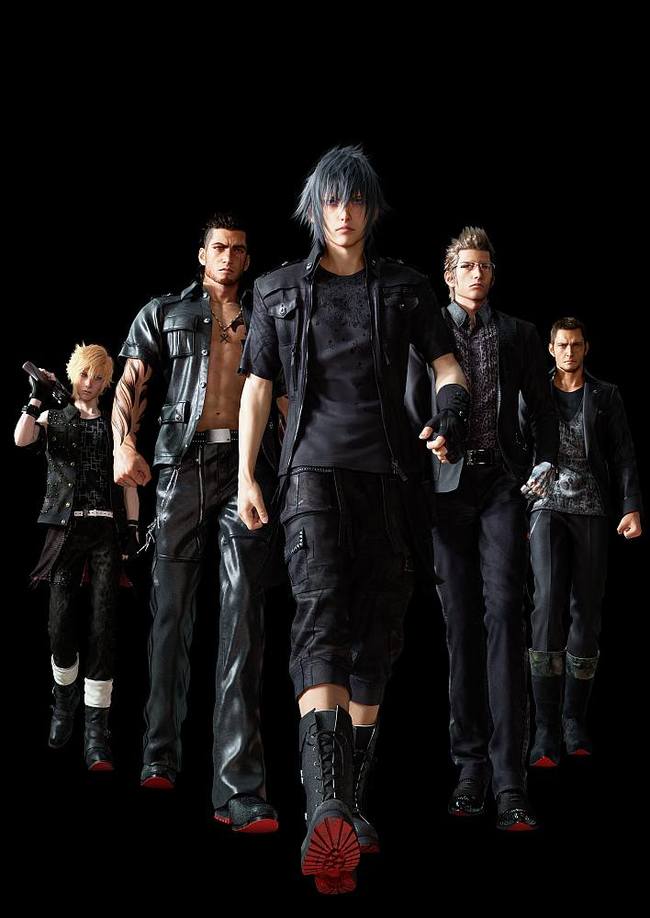