Square Enix has confirmed the nature of the new 30-minute episode that has been appended to the endigns of Final Fantasy X and Final Fantasy X-2 as part of their ongoing events at the popular Japan Expo over in Paris.

Giving those at the event a sneak preview of the new story chapter written by series scribe Kazushige Nojima, game producer Yoshinori Kitase revealed that the 30-minute addition will take the form of an audio play, recorded with both the English and Japanese cast of the game.

The short preview featured Tidus, again voiced in English by James Arnold Taylor, recalling some of the final events of FFX and FFX-2. He sets the stage - it's two years later, and he has been given an all-new life to walk alongside Yuna.

From here, a thirty minute story will unfold, as revealed a few days ago in this week's Japanese magazines.

We'll bring you more from Japan Expo as it happens, so be sure to keep an eye on the site! We're heading to Japan Expo to chat to Kitase and some other Final Fantasy big wigs tomorrow - so be sure to drop us a tweet on Twitter or a message in the comments if you have any burning questions! 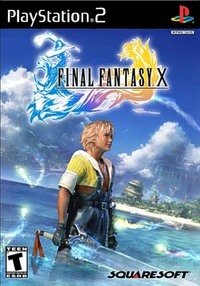